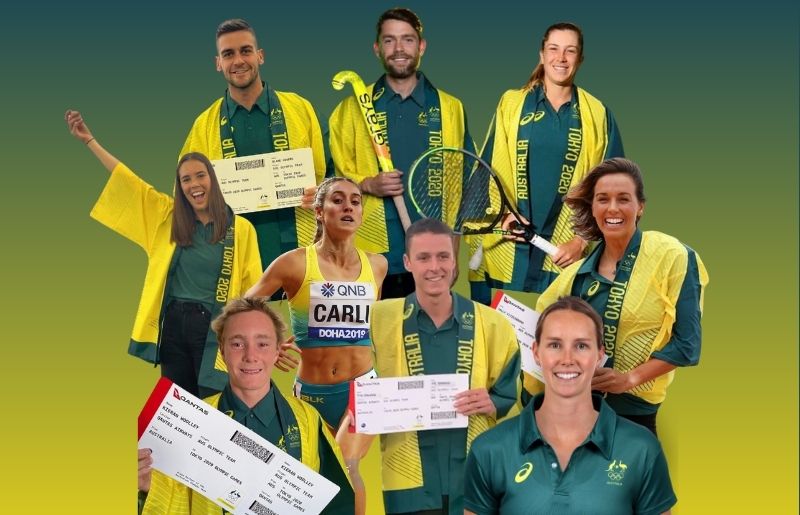 After a year’s delay to the 2020 Olympics, nine Illawarra Academy of Sport representatives are ready take on the best in the world in Tokyo.

“Being an Olympian is the pinnacle of sport and to know that I’ve reached that point is fantastic,” Sarah Carli said. “All the hard work has been worth it.”

Included in the debutants is current IAS BluescopeWIN Lonestar, Kieran Woolley, who will be the Australian team’s equal youngest athlete to attend the Tokyo Games.

“It will be great to make history being one of the first competitors to skate in the Olympics,” Kieran Woolley said.

Emma McKeon, Grace Stewart and Blake Govers will be becoming dual Olympians in Tokyo after all competing at the Rio 2016 Olympics.

McKeon will enter the Tokyo Olympic games as a medal favourite when she contests seven events including three individual events and four relays. She will be looking to improve on her outstanding campaign in Rio where she came away with a gold in the 4×100 freestyle relay, silver in both the 4x200m freestyle relay and 4x100m medley relay, and an individual bronze medal in the 200m freestyle.

After the Kookaburras and the Hockeyroos both finished in 6th position in Rio, Govers, Ogilvie and Stewart will be doing their best to make an impact and go for gold in Tokyo.

“It is an outstanding feat for the Illawarra Academy of Sport to have nine representatives compete at the 2020 Olympics, a true testament to the depth of talent this region produces,” John Armstrong, IAS CEO said.

The NSW Regional Academies of Sport are represented by 30 athletes, with the IAS boasting the most representatives.

Good luck to all athletes! We will be cheering you on from right here at home in the Illawarra!

Read the athlete bios here and watch them live at https://7plus.com.au/olympics