The Illawarra Academy of Sports has five life members. These life members have been chosen and identified as significant contributors to the success and development of the IAS. Ted Tobin (deceased) , Brian Weir, John O’Dwyer, Margaret Corbett and Peter Bowman (deceased) are the life members that inspire the athletes and staff members of the IAS to help them achieve sporting excellence.

The Illawarra Academy of Sports has five life members. These life members have been chosen and identified as significant contributors to the success and development of the IAS. Ted Tobin (deceased) , Brian Weir, John O’Dwyer, Margaret Corbett and Peter Bowman (deceased) are the life members that inspire the athletes and staff members of the IAS to help them achieve sporting excellence.

As one of the founding members, Ted Tobin has been a significant contributor to the Illawarra Academy of Sport over a period of more than 20 years.  His efforts provided significant and lasting benefits to talented young athletes of the Illawarra, Highlands and South Coast and fostered key organisational values and the positive community status continued by the IAS to this day.

He became the first IAS Administrative Director.  Members of the inaugural  board acknowledge Ted’s drive, enthusiasm and “can do” attitude, as a major factor in the early successes of the IAS. Ted was later appointed Chairman of the IAS in 1988. In this role, Ted volunteered countless hours, drove many miles, attended numerous meetings and guided the Academy to the prominent position that it now enjoys.

His tenure as the first IAS Administrative Director in 1986, ten year membership to the Board (1986-1996), which included a six year term as Chairman from 1988, witnessed the development of the IAS  from fledgling organisation with no athletes to one which had offered more than 4,000 scholarships to talented young locals.

In 2002, the IAS established the Tobin Family Award in recognition of the Tobin family’s support of the Academy – in particular, the invaluable contribution of Ted Tobin. In 2005, on the occasion of the Academy’s 20th year, Ted was bestowed the inaugural Life Membership to the IAS.

In the period from his retirement from the Board in 1996 until his death in 2010, Ted was both a mentor and a major litmus test for the positive development of the direction of the IAS and was awarded Life Membership in 2005. 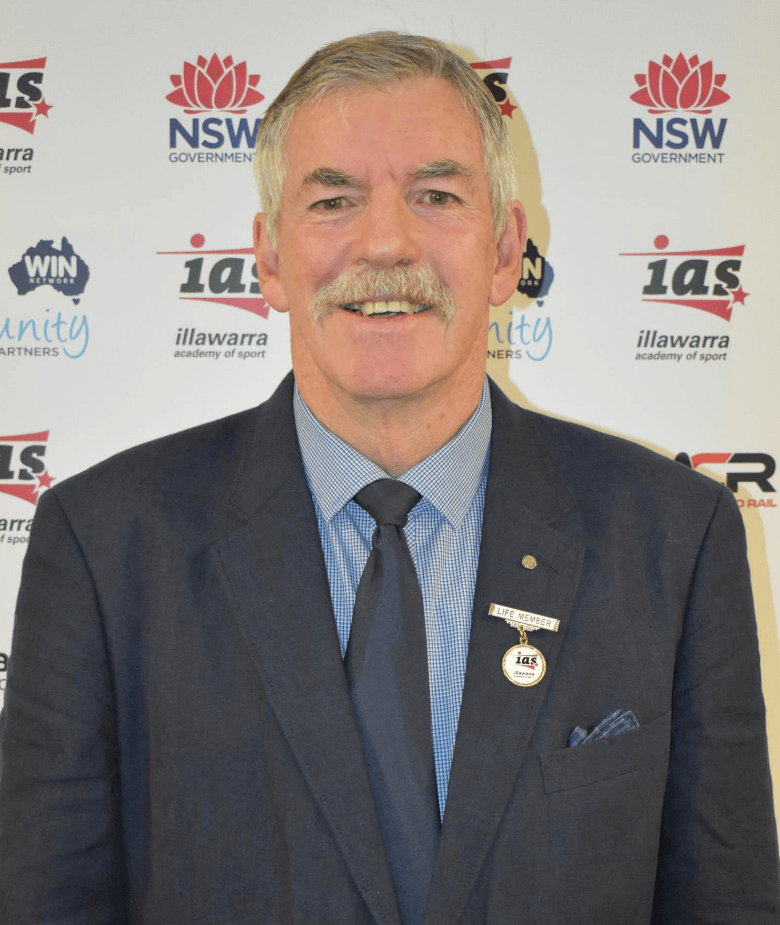 Brian Weir’s tenure on the IAS Board, as the representative of the Mayor of Shellharbour City Council, formally commenced in 1987 and continues to this day. During this time he has held Executive positions on the IAS Board including nineteen years as President (1998-2017). He is currently a Director on the Academy Board.

The IAS has greatly benefitted from Brian’s skills and experience. He has been a highly respected community leader and administrator in the region for many years, as Town Clerk and then General Manager of Shellharbour City Council for over 25 years.

As Chairman of the IAS Board, Brian ensured each Member’s contribution was valued and the Board operated in an open and inclusive manner. His skills in facilitating discussion, assessment & enquiry has not only ensured that each member’s contribution has been considered but that best use was made of the skills, knowledge & experience from each representative stakeholder.

Brian was also a representative rugby player and toured South Africa as a member of the 1969 Wallaby touring team. His rugby experience developed a keen understanding of the benefits of broadening an athlete’s perspective of factors outside the field of play, through squad tours and how those elements can affect performance. Brian’s approach ensured young athletes not only receive high quality sports development but also graduate from the IAS as outstanding sporting citizens.

Brian’s commitment over more than three decades to the IAS has been truly outstanding and his continuing efforts stand him above the general body of IAS members. He was awarded the honour of Life Membership in November 2008.

Brian was awarded the Public Service Medal in the 2009 Queen’s Birthday Honours for his service to the Shellharbour community. 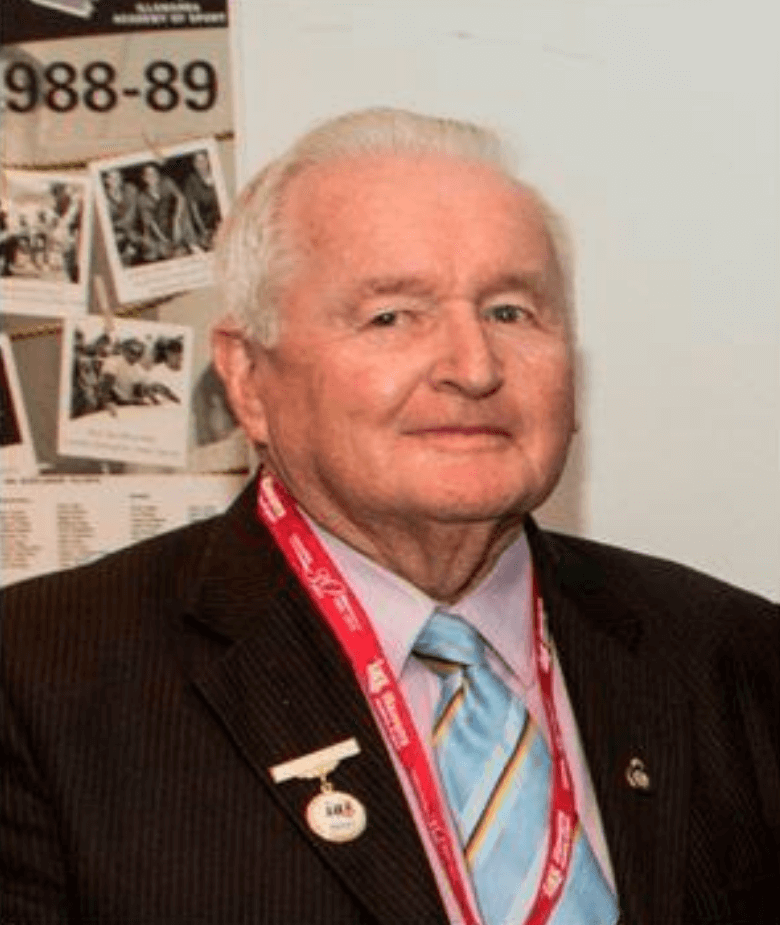 John O’Dwyer OAM contribution to the Illawarra Academy of Sport, over a period of 27 years, has been both exceptional and distinguished as required in the Academy Constitution.

As a former Mayor of Shellharbour and having been a long serving rugby league and cricket sporting administrator. His insight and contribution and counsel have provided significant and lasting benefits to talented young athletes of the Illawarra and the positive community status enjoyed by Illawarra Academy of Sport.

As community member for Shellharbour, his unprecedented sporting knowledge and administrative experience, not just with respect to Shellharbour and the Illawarra, but throughout NSW, has given the Academy credibility and foundation, especially in its early years. 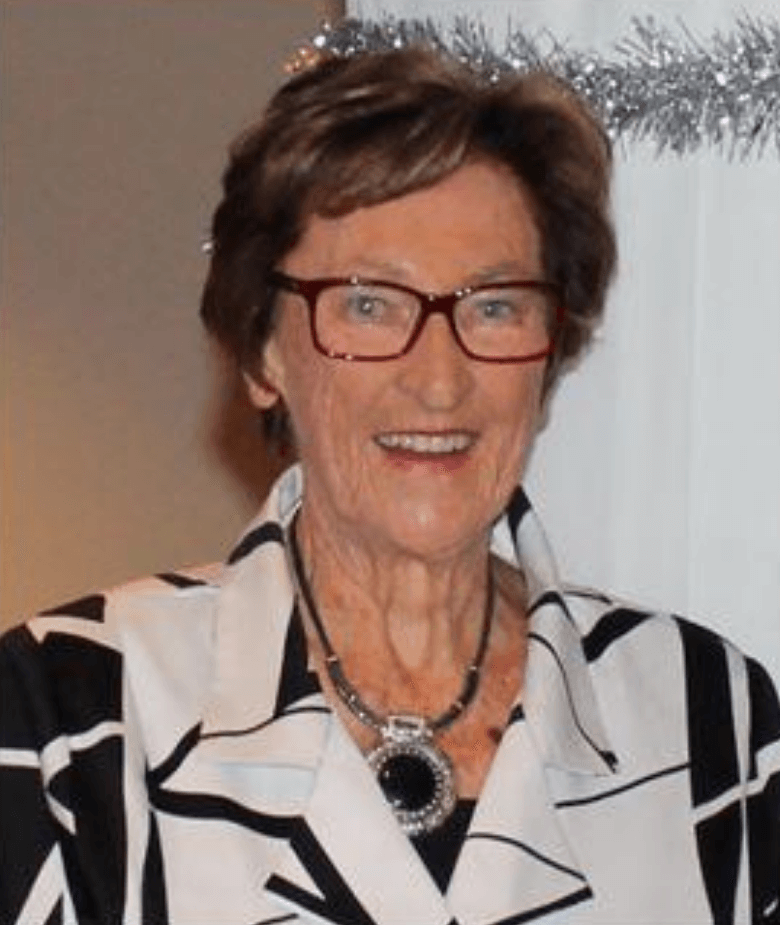 Margaret Corbett OAM was the Academy’s first Netball Coordinator and served from 1985 to 1992. For much of this time she was also the NSW Open Team Coach and the NSW Director of Coaching, a member of the Australian Team selection panel, as well as holding a number of other Netball positions at a State and National level.

The structure and high standard of the Academy’s netball program since 1985 has been due to Margaret’s strong input, exceptional knowledge and love of netball. She was with such extensive experience, the ideal choice to draw up and implement our foundation Netball Program.

When Margaret was appointed the NSW Academy of Sport Netball Coach in 1991 she was forced to resign as the IAS Netball Program Coordinator, however despite her many other commitments, she continued to take a very active interest in the affairs of our Netball Program and undertook the role of Mentor Coach up until 2015. In addition, Margaret has been a strong supporter of the Illawarra Academy in all respects and has been a regular attendee at Academy Functions, especially Academy Presentation Nights. Margaret has formed a close working relationship with several Academy Directors and Staff and has been a vocal supporter of not only the IAS but of the value of Regional Academies in general. Indeed she is credited with having had netball included in the programs of all Regional Academies in NSW.

During this time many of our netball athletes have moved on to higher representative honours having greatly benefited from Margaret’s dedication and positive influence on their development.

Margaret was made a Life Member of Netball NSW in 1982. In 2006 she was inducted into the NSW Netball Hall of Fame and in 2013 was awarded an Order of Australia Medal for her services to Netball. She has been called quite rightly, an “icon” of the sport.

The Illawarra Academy of Sport is privileged to have had the very valuable services of Margaret for so many years. 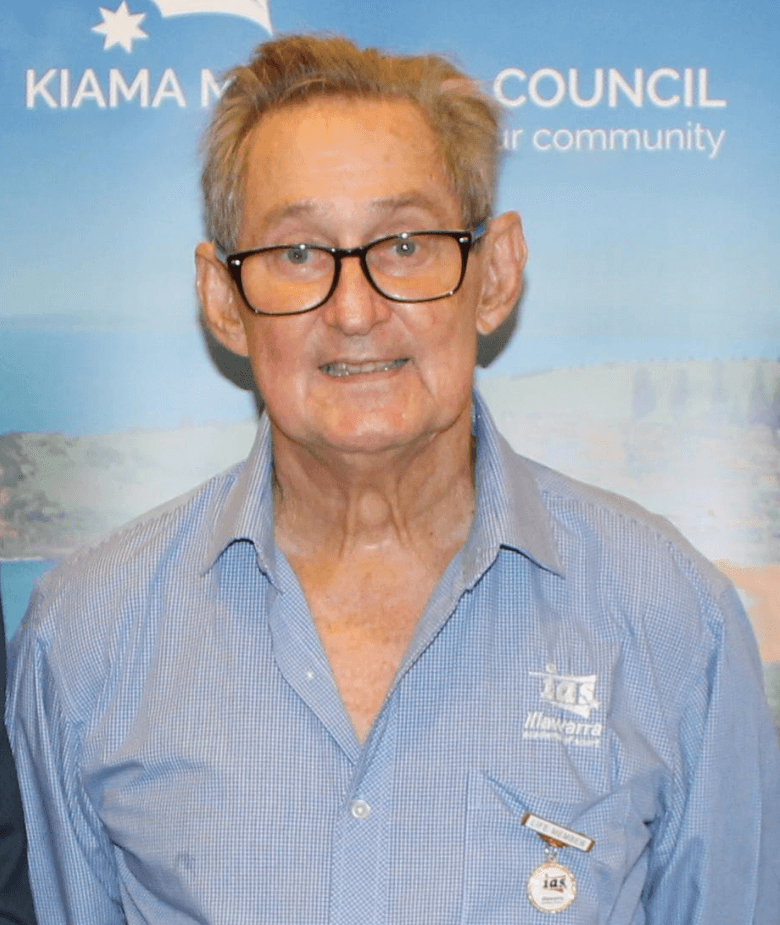 Peter Bowman was the long-serving Australian Institute of Sport’s representative on the Illawarra Academy of Sport Board. Peter’s contribution to the Board since 1995 in both Director and Member roles has provided tremendous input to the goverance and policy formulation of the Academy, in addition to his operational contribution towards providing a pathway for the region’s potentially elite young athletes.

Peter dedicated much of his professional and private life to the development of young and asipiring sportspeople and encouraging them to live by sport’s enduring values.

The Illawarra Academy of Sport is privileged to have had the very valuable services of Peter for 25 years.