Hailing from Wollongong, Sarah’s athletics career has been a unique one – Sarah is the definition of an inspirational underdog.

After noticing her athletics talent through school athletics carnivals, Sarah began competing in athletics when she was 8 years old for Wollongong City Little Athletics. She joined Kembla Joggers in 2005.

Sarah started to compete in hurdles seriously in 2009 after meeting coach Melissa Smith (nee Logan) and winning her first national individual medal at the Australian All Schools in the 200m hurdles, where she placed third after only six months of hurdles training.

Sarah was an Illawarra Academy of Sport Individual Athlete Program scholarship holder from 2010-2012. In 2012 she won the DRB Group Tobin Family Award, after a breakthrough international year. 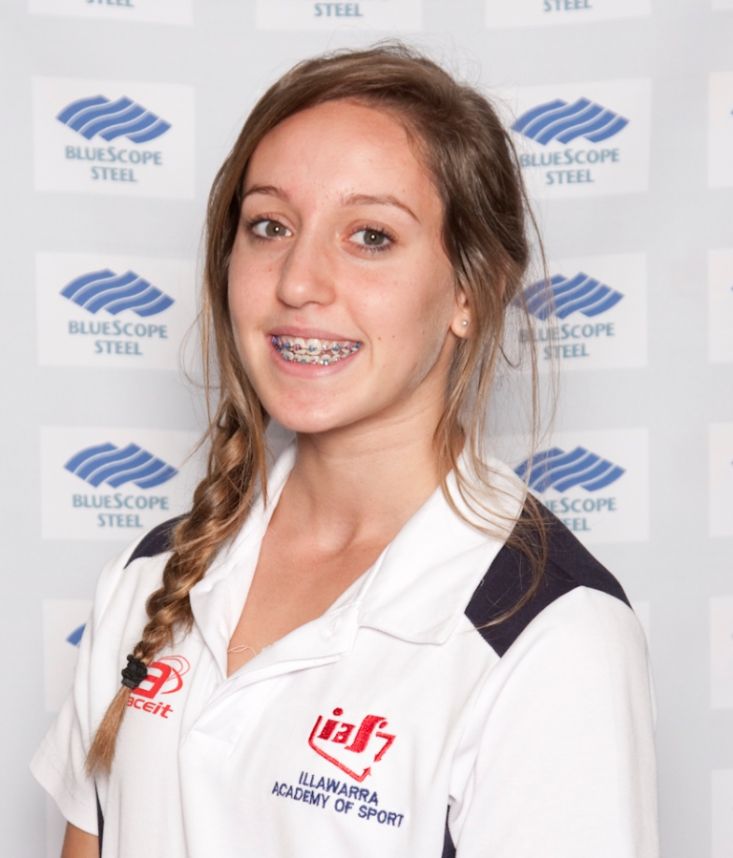 400m hurdler, Sarah Carli was a promising junior and winning silver at the 2011 World Youth Championships.

After life and injuries got in the way of her sport, Sarah resurrected her athletic career in 2018 when she broke the 59 seconds – something she hadn’t been able to break since 2013, then broke 58 seconds – the level she had been as a 16 year old at the World Youth Championships, and then finally at the Canberra Track Classic in 2019 running a blistering 55.67 second race.

Sarah’s outstanding, persistence and hard work has led to her selection to compete for Australia at the 2019 World Athletics Championships in Doha. A career highlight for the 400m hurdler, making the semi-finals at the World Championships.

In December 2020, Sarah ran a new PB of 55.09 and gaining herself an Olympic qualifying time. She was on fire and on track for a huge 2021 when she suffered a life-threatening injury in the gym in February – putting a major halt to her Olympic preparations. After a successful surgery and long rehab process, Sarah was officially named to represent Australia at the Tokyo Olympics on 3 July 2021.

The Illawarra Academy of Sport, at its Annual Presentation Ceremony [...]