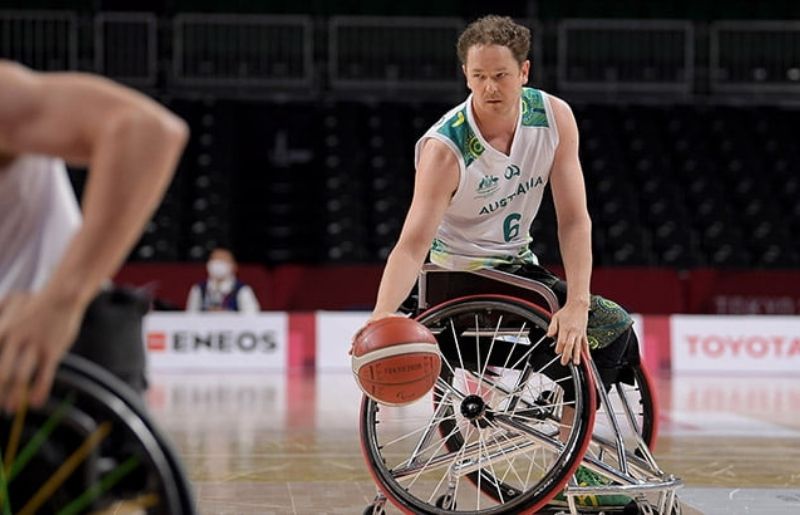 Legend of the game, Brett Stibners announced his retirement from international wheelchair basketball after the conclusion of the Tokyo Paralympic Games.

The Aussie Rollers had a tough Paralympics just coming short of reaching their semi-finals goal.  The Rollers started their campaign strong winning their first three pool games against Iran, Algeria and Germany, before narrowly going down to USA and Great Britain. A close loss to Japan in the quarter finals ended the Rollers medal chances. Ending the Tokyo Games on a high the Rollers won their play-off game against Turkey to finish 5th.

For Stibners it was a very different Paralympics experience to past ones, with the Australian wheelchair basketball time isolated from the rest of the Australian Paralympic team due to a positive COVID case with the Iranian team. The athletes were restricted to only their rooms and the basketball centre for training and games.

Following the conclusion of the Paralympic Games, Stibners called time on his international career to focus on his family.

“I’m done,” Stibners said when asked about his future.

Stibners career was highlighted by great experiences competing and his longevity in the sport, including representing Australia at four Paralympic Games and claiming gold in Beijing and silver in London.

“Being a wheelchair basketballer player has opened a lot of doors that were closed after my accident,” Stibners reflected on his opportunities. “I lived in Spain for four years, travelled the world, competed at four Paralympics, had many great experiences and made lifelong friends around the world.”

Stibners will continue playing with the successful local Roller Hawks, a team he holds close to his heart.

“We enjoy each others company on and off the court,” Stibners told Nick Rheinberger on ABC.

Congratulations Brett on an outstanding international career, we look forward to watching you continue to dominate for the Roller Hawks!