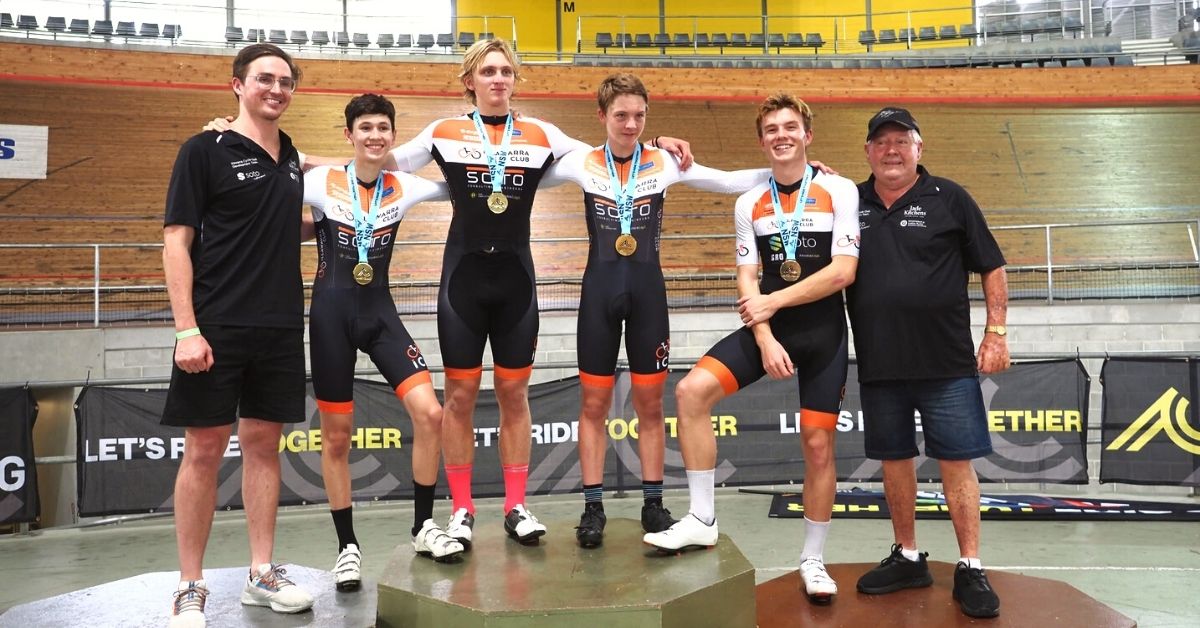 Hard work has paid off for the Illawarra Cycle Club Under-17 Men’s Team Pursuit squad after winning the state title at the AusCycling NSW State Track Championships.

After training and building for the moment for the past six, the squad went into the event full of confidence despite never having competed in the event as under-17s in the youngest age for a team pursuit.

“You’ve got to make sure you don’t hit anyone in the wheel and you’ve also got to be able to swing back on once you do your turn, that’s a real challenge,” Noah Brown told the Illawarra Mercury.

Putting together a true team effort the team made it through to the final, where they beat Lidcombe Auburn Cycle Club to snag the gold.

“It was a fairytale ending to win gold,” Hugh Vaughan said.

Individually Joe Sossai had a successful weekend, coming home with a bronze medal in the Individual Time Trial.

Curtis Trkulja collected a silver medal and was NSW State Champion in the Points Race.

Emily Strumfin claimed silver in the Points Race and Individual Pursuit, and bronze in the Scratch Race.

Joe Sossai’s results led to his selection in the NSW State Junior J17 Men’s track team. IAS Coach Tom Dawson was also selected as Coach for NSW to compete at the 2022 National Track Championships in QLD.

Emily Strumfin, Curtis Trkulja and Ryan Britten were selected in the NSW State J19 track team, and IAS Coach Mick Marshall was selected as Manager for the NSW U19 and Elite Track team.

Congratulations also goes to Gabriel Jakobsen who was announced as the AusCycling NSW 2021 Junior Boys Cyclist of the Year!