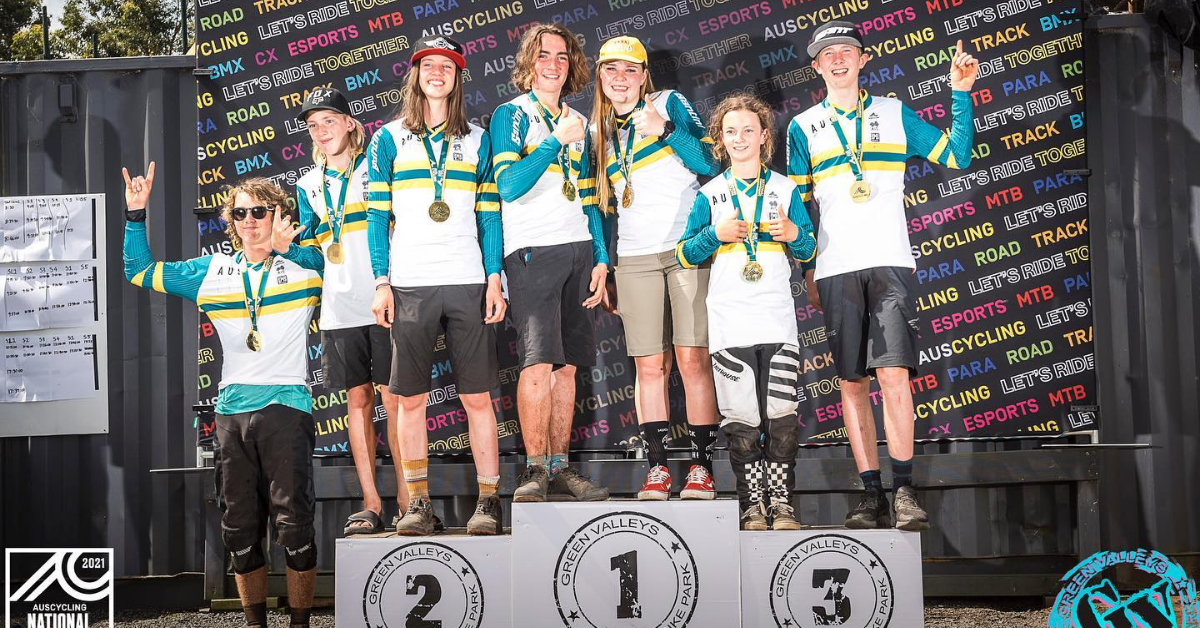 The recent IAS Mountain Biking athletes have shown their skills at the National Gravity Enduro Championships on Saturday 18 December 2021. The twelve IAS athletes used their home ground advantage at the Green Valleys Mountain Bike Park to overcome the extreme heat and tough conditions to deliver some great racing.

All MTB athletes represented themselves superbly, with two crowned as National Champions and two picking up silver medals. A huge congratulations to our podium finishers.

In the U13 Boys, IAS athletes Byron Tynan and Oliver Ball finished first and second respectively after a tight race with some impressive runs.

“It’s not often you have a National event at your local,” Poppy Pollock said. “I was so pumped to take out the win.”

Well done to the MTB squad on a great weekend of racing.

It was a new experience competing in the National Enduro Championships in my home town. This is the first time I have ever raced at a National level having slept in my own bed.

My last National event was in Maydena Tasmania, which required a great deal of travel as well as planning, organisation and support just to get there.

So you can image how excited I was to be able to race at the beautiful Greenvalleys, thirty minutes from home, as well as have so many friends and family to support me when I was racing and be there when I was given my National Jersey.

IAS athletes Zali Miklas, Alix Luckman and myself raced other girls who had travelled from Tasmania, Queensland and Victoria and they were blown away how beautiful the Illawarra was and how much we have to offer here.

The race was brutal as the heat made the climbing to the top of the mountain so tough. I made sure I got to the top with plenty of time to recover, cool down and compose myself prior to my race runs.

I had so much support from other riders from during practice and I was so grateful for the support from IAS MTB Coach, Chris Clarke who came down to support the team.

I am so grateful for my family and IAS who are supported me on my journey and development as an athlete.

It was amazing to see Oliver Ball, Gillen Macken and Byron Tynan from the IAS Mountain Bike program making the podium. Congratulations to all. 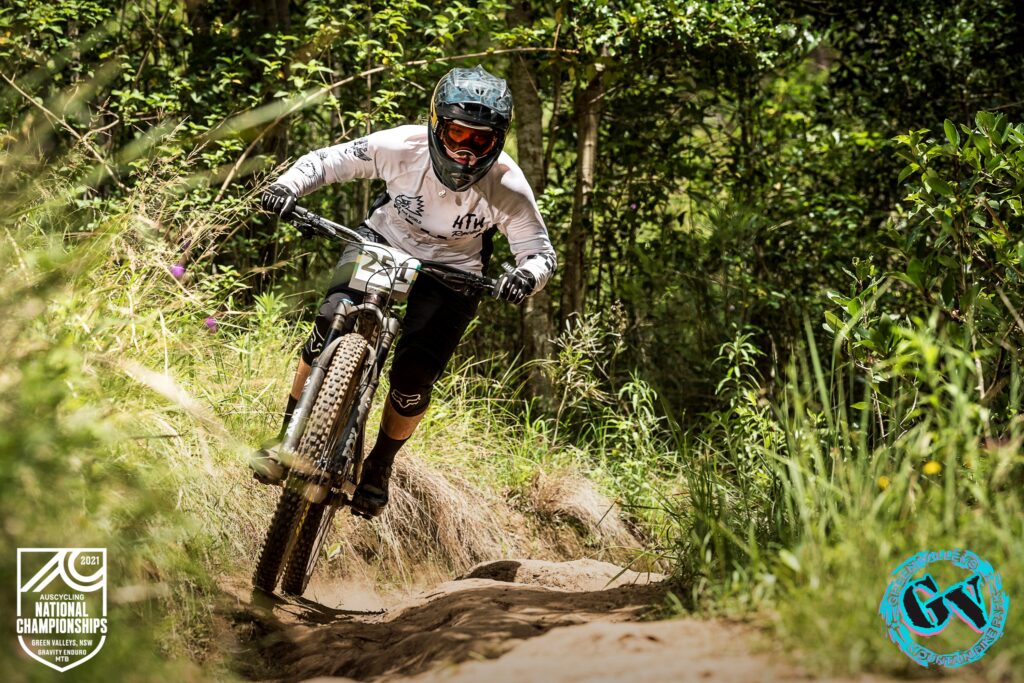