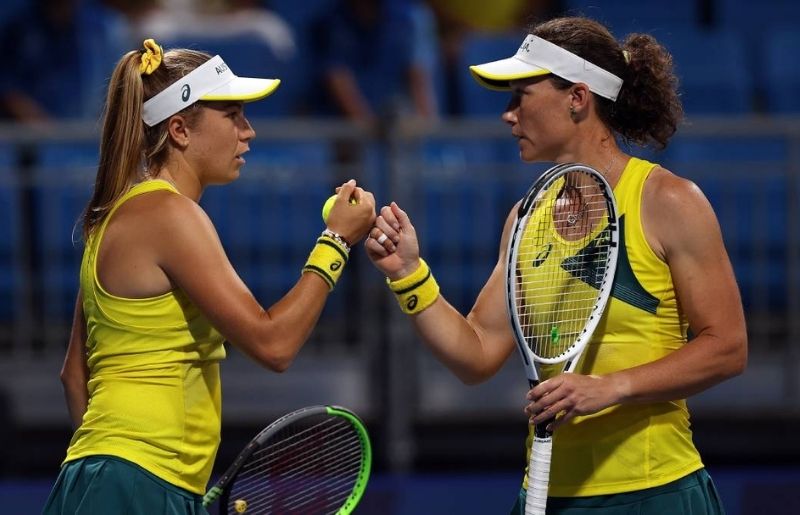 Ellen Perez fulfilled her long-time goal of competing at the Olympics when she teamed up with 5-time Olympian Sam Stosur in the Women’s Doubles Tennis.

“I lived out a childhood dream alongside a legend of the game,” Perez shared on Instagram.

Perez was in the Illawarra Academy of Sport tennis program in 2009 and 2010 before she trained at the Tennis Australia Academy at Melbourne Park and later moved to the USA for her college career at the University of Georgia.

2021 has been a breakthrough year for Perez; getting through to the main draw at Wimbledon, being ranked in the top 50 in the world in doubles and now being an Olympian.

Perez and Stosur commenced their Tokyo Olympics with an impressive round 1 win 4-6, 6-1, 10-5 over Latvian pair Jelena Ostapenko and Anastasija Sevastova.

Their strong form continued in round 2 when they won in straight sets 7-6 (3), 7-5 against Romanians Monica Niculescu and Raluca Olaru to progress through to the quarterfinals.

Perez was part of history for the Australian tennis team when two pairs in the women’s doubles competition advanced to the quarterfinals for the first time.

Despite putting up a strong fight, the Swiss combination of Belinda Bencic and Viktorija Golubic scored a 6-4, 6-4 win against Ellen Perez and Sam Stosur to end the Australian’s Olympic campaign.

“Hopefully I did Australia proud and can’t wait for the next opportunity to wear the green and gold,” Perez said.

Ellen, you did Australia very proud! Congratulations on your outstanding Olympic debut.