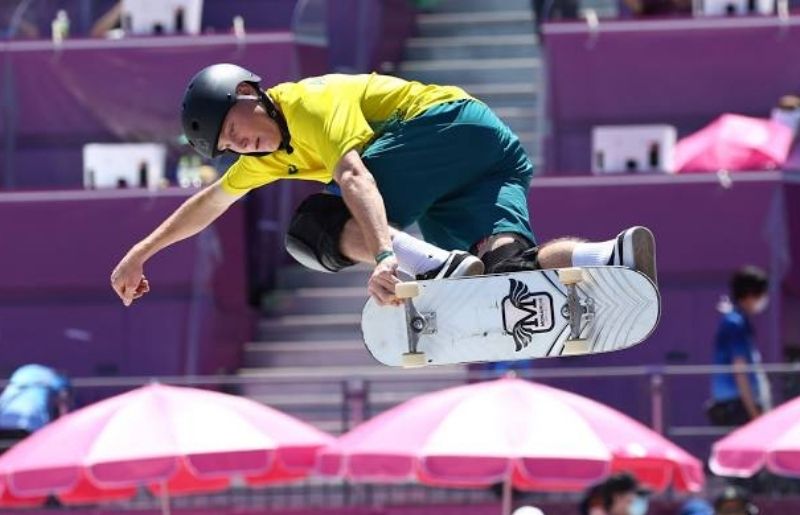 Congratulations to international skateboarding phenomenon Kieran Woolley, taking out his fourth BluescopeWIN Lonestar Athlete of the Year accolade after previously winning the award in 2017, 2018 and 2019.

Kieran was selected to represent Australia at the Tokyo Olympics in the inaugural park skateboarding event. He also made history for the IAS, becoming the first athlete to compete at an Olympic Games whilst still on scholarship.

Whilst at the Olympics Kieran captured the hearts of the nation when he qualified in second position for the park skateboarding final. Laying out some impressive tricks, Kieran went on to finish fifth in the final.

He has been recognised as the most improved skateboarder in the world over the past 18 months.

In addition to his skateboarding, Kieran also works with the Black Dog Institute and Australian Institute of Sport presenting mental fitness presentations to school students.

“It has bee a great way to positively use my social influence to empower youth to improve their lives,” Woolley said.

The BluescopeWIN Lonestar Athlete of the Year award finalists were Chelsea Jones and Jacob Roulstone.

Jacob Roulstone is fast progressing to racing in the MotoGP. He is currently racing Spain and Portugal in the FIMCEV Junior World Championship, the most sought after championship for junior motorcycle road racing in the world. In April 2021, Jacob won the Estoril event, becoming the first Australian to win this championship.

Chelsea Jones has been an unstoppable force in the water for both surf lifesaving and swimming. She won silver in the 50m freestyle at the National Championships, and gold in both the 4x50m free and 4×100 free relays. At the Australian Surf Lifesaving Championships she won two bronze medals.

Congratulations to Kieran, Jacob and Chelsea on their fantastic results, we look forward to following their journeys.