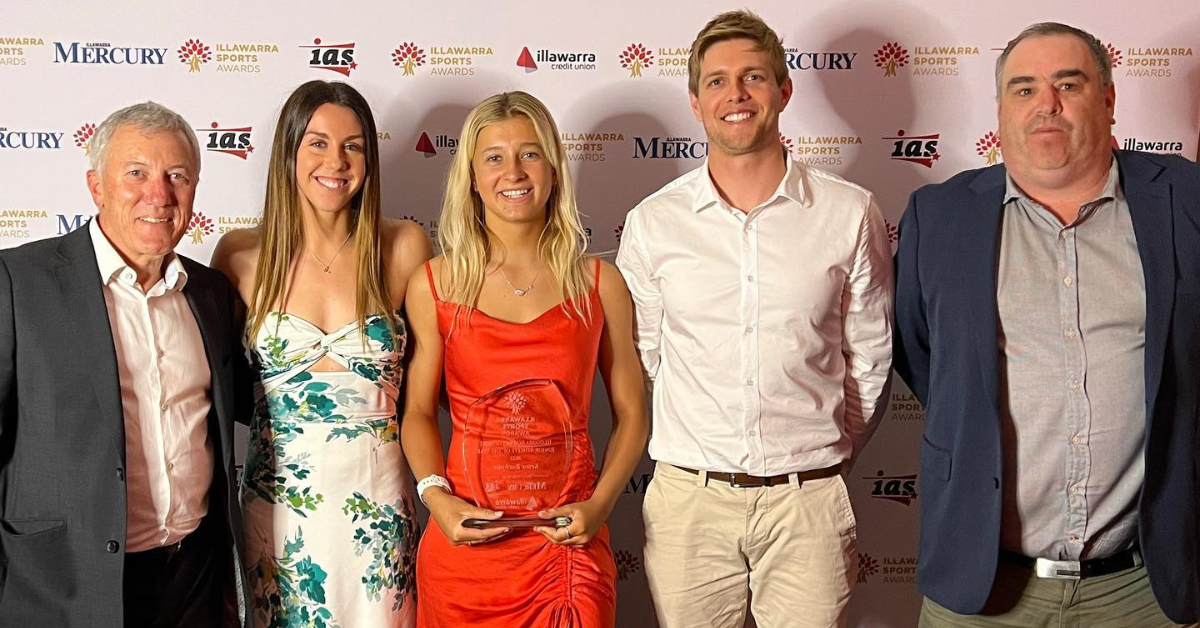 On Thursday evening, the Illawarra Sports Awards officially came back with a flourish.

It was a celebration of all that is great about sport in our region from the professional right down to the grassroots level.

There were winners announced from eight categories on the night at the Fraternity Club, Fairy Meadow.

Here are the winners of each category and the finalists that were nominated for the award.

McKeon well and truly took 2022 by storm. If there’s an athlete who can say 2022 has been their breakout year, it is probably McKeon.

The 28-year-old won six golds, one silver and one bronze medal at the Commonwealth Games this year. This backed up her four golds and three bronze medals in Tokyo last year. She is well on her way to being arguably the greatest ever swimmer Australia has produced.

Alex Volkanovski has become a global sensation in the UFC. The Windang local enjoyed a sensational 2022, beating rival Max Holloway in July. He has recorded 25 wins in his professional career.

Dowler is the brains behind the Roller Hawks’ recent success. The side has won four consecutive National Wheelchair Basketball League championships.

He was an inaugural member of the Roller Hawks himself back in 2001. Dowler later took on coaching duties and helped the team go back to back in 2011-12.

He is the driving force behind the region’s success in the sport.

Banks does a huge amount of work in the Illawarra supporting athletes with an intellectual disability. She was a founding member helping start up the Special Olympics in the Illawarra 11 years ago.

A tireless worker, Banks is a rare gem, a quiet achiever who just gets the job done.

The Roller Hawks continue to enrich the lives of people with a disability through basketball, providing pathways for those who want to play at the highest level.

Pople was part of history at this year’s Commonwealth Games, winning gold with his team members in the 3×3 basketball event, the first time this category was played at that level.

A mainstay with the Roller Hawks, Pople continues to do extremely well promoting the sport in the Illawarra and Australia.

Australia’s ‘golden girl’ won the Elite Female Athlete Of The Year Award following a brilliant 2022, most notably at the Commonwealth Games in Birmingham.

Dutch sensation van Vleuten had it all against her coming into the Women’s UCI Elite Road Race in Wollongong, with the mother of two fracturing her elbow in the time trials just days out from the main event.

In the final kilometres, she made a dash for the finish line and put her foot down to race past the leaders to win the pinnacle road race in world cycling, right on our shores out the front of the Wollongong Entertainment Centre.

She had barely believed what she had achieved in the immediate aftermath, but everyone in attendance that day knew they’d seen something remarkable.

Buckpitt can now proudly add the Illawarra Sports Awards Junior Athlete Of The Year to her trophy cabinet.

After winning the major awards at the IAS night, their chief executive John Armstrong said the organisation was proud of what Buckpitt had achieved so far in her short career.

“Keira has been a fantastic ambassador for the Academy over the past few years. Her passion, commitment and enthusiasm to her sport has been outstanding.”