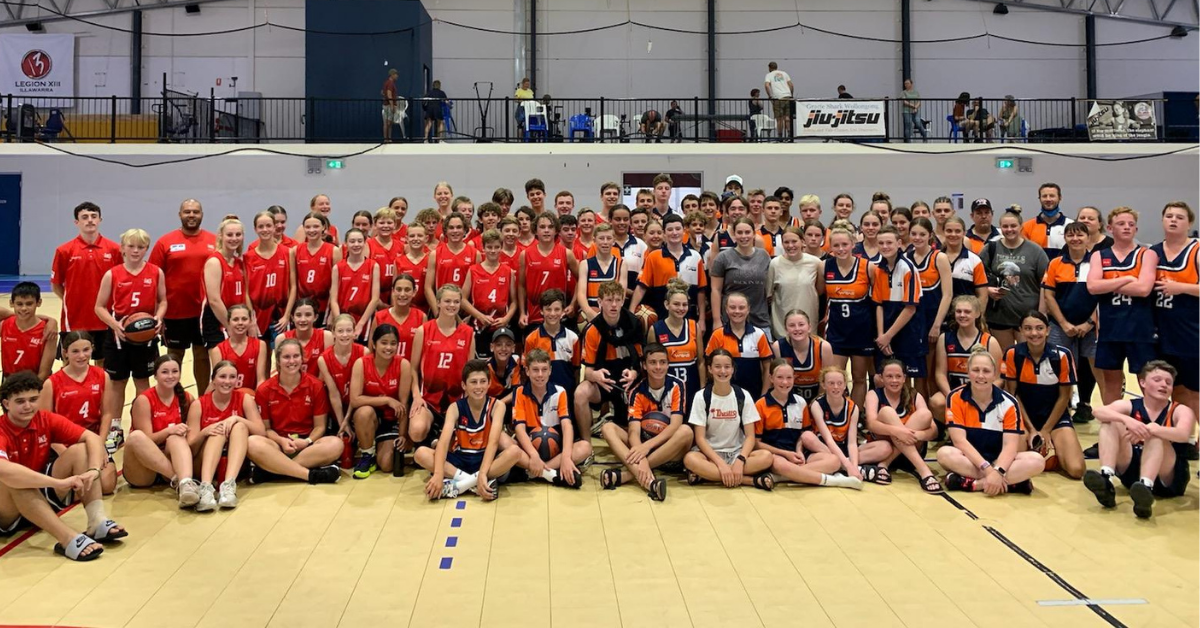 The Illawarra Academy of Sport (IAS) and Western Region Academy of Sport (WRAS) joined forces for an Inter Academy Basketball Training Camp in Wollongong from 17-19 December 2021. Athletes hit the court for training and match play, were inspired by watching an NBL games, and participated in an education session.

To commence the weekend athletes and coaches attended the first Illawarra Hawks home game of the season, where they were treated to a trilling match with the Hawks beating the NZ Breakers 97-96 in double overtime.

Saturday started with the boys on court for a training session and the girls in the classroom for a Team Culture education workshop, led by Condor Performance, swapping sessions over after a lunch break. The training sessions covered a variety of skills and allowed IAS and WRAS athletes to experience different coaching styles and drills.

IAS Head Coach Tori Forrester said, “As coaches we identified a specific skill we wanted to work on was footwork after our session on Saturday.”

Sunday was game day allowing athletes to put their skills on show and get some inter Academy experience leading towards the 2022 Your Local Club Academy Games at Wagga. The IAS U16 male and female teams took on the WRAS Graduate and Senior squad, including U18s athletes, and the IAS U14s squad took on the WRAS Development squad.

“It was a great weekend identifying our players strengths and weaknesses and working on new skills to develop their games further,” IAS Head Coach Tori Forrester said.