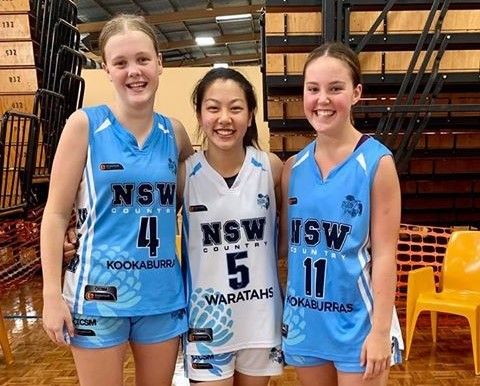 Basketball NSW kicked off the year with their annual NSW Country Development Tournament (CDT) held in Newcastle from 6-9 January 2019. The CDT targets up and coming talent on the high performance path towards the Australian Country Junior Basketball Cup, with a focus on overall personal growth and development. Jackson Paulic and Mason Broadhead were key members of the Country Development Tour U15 team. Throughout the tournament both IAS Scholarship holders gained valuable individual skills and concept development which will assist them on their journey through the country high performance pathway.

Our IAS Basketballers didn’t stop there with many of our squad members representing NSW Country at the Australian Country Junior Basketball Cup (ACJBC) in Albury from 12-19 January 2019. The annual ACJBC consists of a training style camp and then round robin competition for U14, U16 and U18 age groups which includes over 60 teams and 700 players, coaches and officials from all over Australia New Zealand. Asha Phillips and Ruby Brannon represented the NSW Kookaburras in the U16s competition, finishing up with a silver medal after going down to the tough Victorian Goldminers 81-73 in the Grand Final. Alicia Widjaja also competed in the U16s representing the NSW Waratahs, finishing in 4th place after a tough playoff for 3rd against the Victorian Bushrangers only narrowly going down 54-50. U14 squad member representing NSW Country for the first time included Sam Brannon and Remy Martin, and Jessica Weston (playing for the NSW Waratahs). Our BluescopeWIN Basketball athletes all had a fantastic week improving their on and off-court development and skills as players.

Following her outstanding performance at the ACJBC for NSW Country, Alicia Widjaja has been selected in the U16 Australian Country Team to play in New Zealand for the Mel Young Easter Classic in April!