A camaraderie like no other at Academy Games Netball 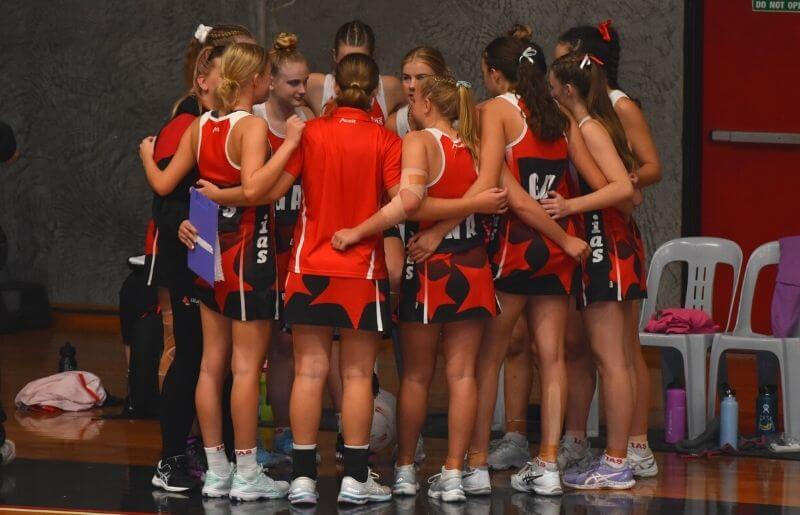 It was a weekend of experience and development for the IAS Netball Squad and Umpires at the 2021 Your Local Club Academy Games. Of the 22 netballers, 3 umpires and 7 coaches representing the Illawarra Academy of Sport only 5 people had attended an Academy Games in the past.

The IAS Division 1 and Division 2 teams matched their skills against the best of the state’s up and coming talent. The focus of the netball competition differs from others within the Academy Games format, as it concentrates on player and umpire development in an elite sporting environment, opposed to on competition ladders.

Head Coach, Ashlee Scofield was impressed both on and off the court over the weekend, particularly with the camaraderie amongst the whole squad.

“It was fantastic to witness the great chemistry and bond within the squad,” Ashlee Scofield reflected. “They were always supporting and cheering each other on.”

“It was special to watch the younger squad members grow in confidence and show improvement as we continued through our games.”

Academy Games is not just an opportunity for the Netballers to develop their skills on the court, but also for the Coaches to be mentored, participate in discussions, and develop their coaching skills.

“A personal highlight from the weekend was getting the opportunity to be coach mentored over the games,” Scofield said. “I am feeling inspired to continue to grow my coaching skills after our Coach Discussion with (past Swifts Assistant Coach) Anita Keelan.”

“The coaches were proud to recognise that we have amazing talent in our IAS Squad and that it is comparable to that of some of the larger Academy’s,” Scofield said.

Division 2 had a terrific weekend, winning five of their eight games.

Heidi Walton was awarded her National B, and Molly Farquhar and Poppy Calder received their National C Badges.