The Illawarra Sports Awards are back! 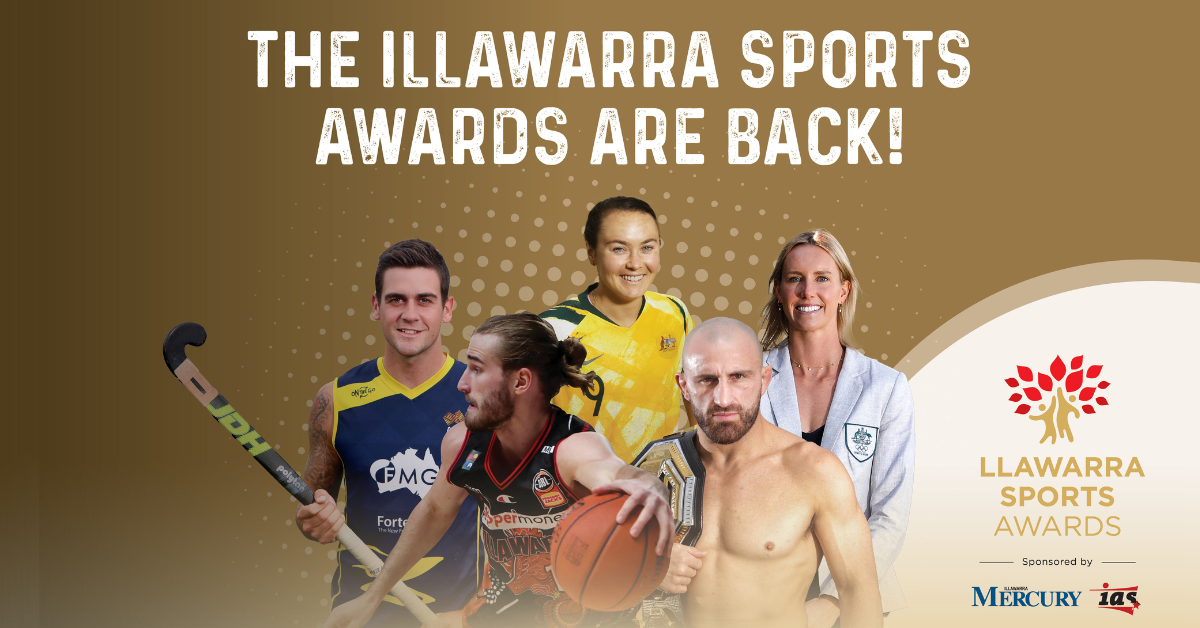 The Illawarra is one of Australia’s great sporting regions. From gold medal Olympians and Commonwealth Games talent, to world title heroes and elite rugby league, basketball and football stars, there’s a rich and proud history of success. Sport is part of our culture, our lifestyle and our economy.

The aims and objectives of the prestigious Awards are to honour the region’s sporting achievements, congratulate our local sporting heroes and engender pride, unity and inspiration through their role modelling to the wider community in our region.

Awards will be provided for athletes within the following categories:

The last Illawarra Sports Awards dinner was held in 2012. Since then the Illawarra Mercury has continued the tradition through announcing a Sports Person of the Year and People’s Choice Winner.

Illawarra Academy of Sport CEO John Armstrong said, “The re-energised and re-branded Illawarra Sports Awards plays a very important role in honouring our sporting heroes and inspiring future ones.  It preserves the great sporting history of the Illawarra and ensures the legacy created by our past sports stars is continued.”

Illawarra Credit Union Chief Executive Anthony Perkiss said, “From the Illawarra Credit Union’s perspective, we want to support the Sports Awards and ensure people of the Illawarra get recognised for their achievements. As a local organisation, it’s great to be able to support local people. They’re making their way in their own right and it’s important to recognise their amazing achievements, it’s going to be a fantastic night.”

The Illawarra Sports Awards will be presented on 10 November 2022 during a gala dinner hosted by Matt Russell at The Fraternity Club. Ticket sales are now via the website for all that want to celebrate sport in the Illawarra. Book here!

Nominations for the Team, Coach and Local Hero Awards and votes for the People’s Choice award are free to access through the Illawarra Mercury website https://www.illawarramercury.com.au/sport/sports-awards/

To be eligible for selection, nominees must be primarily based in the Illawarra or consider the Illawarra their home and have achieved outstanding results in their chosen sport at state, national or international level between the period of 1 July 2021 and 30 October 2022.

Judged by an independent panel and based on rated criteria, the awards aim to recognise the skill, dedication and work that goes into being the best of the best. The Local Hero Award is dedicated to those hard-working volunteers and stalwarts who help sport thrive in the region.

For more information, head to www.illawarrasportsawards.com.au

The Illawarra Sports Awards is about celebrating our sporting stars, acknowledging the community heroes who make sport happen and inspiring the next generation of Illawarra sportspeople.

In the past three decades, the Illawarra Academy of Sport has produced

Add to this the many other sporting champions from our region who did not pass through the Academy.  We are a region that should stand proud.