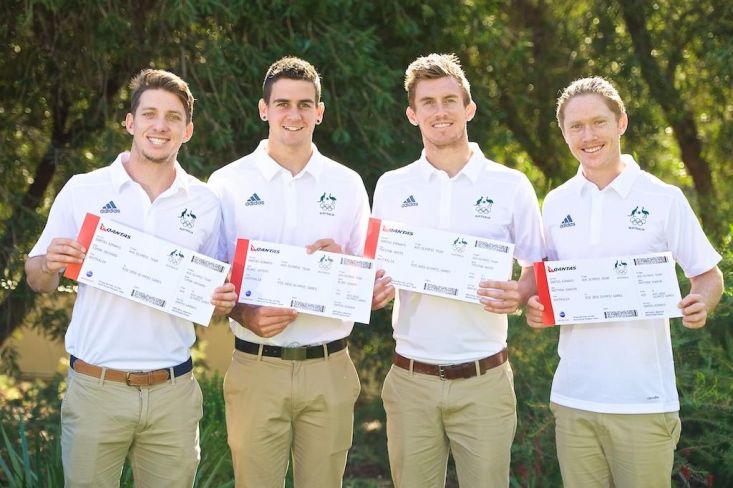 The last of the Australian Olympic Teams is set to be announced in the coming days with the Illawarra Region well represented with thirteen athletes already handed boarding passes for Rio, eight of whom are Illawarra Academy of Sport graduates.

The Illawarra has a rich history in developing and elevating athletes to higher representative honours, with the Academy a significant vehicle in the process. Over three decades, the IAS has supported more than 5000 young people from across the region in their pursuit of sporting excellence.

Swimmers David McKeon and Jarrod Poort have qualified for their second Olympics with David’s sister Emma McKeon making her Olympic debut at Rio.  Emma is looming as a genuine Olympic Gold Medal threat after smashing her own personal best and Commonwealth Games record at the National Titles in April.

Track Athlete Ryan Gregson will be out to improve on his semi-final from London 4 years ago, while fellow track star Madeline Hills (nee Heiner) will make her Olympic debut after winning the 3000m steeplechase at the Australian Championships.

The Men’s and Women’s Hockey Teams have now been confirmed after their recent Champions Trophy Tournaments in London, with three IAS Graduates in Blake Govers, Tristan White and Grace Stewart making the final cut.

Stewart will be Australia’s youngest hockey player at the Games at only 19 years of age and expressed surprise when hearing of her selection.

“I was in shock and I had to double check it was my name and when it was, it was pretty amazing,” said Stewart who is both nervous and excited to make her Olympic debut.

“We have a big three weeks of training ahead, and it will be pretty full on but it will be worth it knowing it will help us go better over there.”

Grace will be joined in the Hockeyroos by fellow Illawarra representative Casey Sablowski while the region will also be represented by Matildas Caitlin Foord and Michelle Heyman, Triathletes Ryan Bailie and Aaron Royle and possibly Australian Sevens stars Emma Tonegato and Nicole Beck, with the Rugby Sevens squad yet to be announced.

IAS General Manager Shannon Fraser said “The Olympics is the panicle of world sport and to possibly have 15 athletes representing the Illawarra is an amazing achievement for this region.”

Fraser went on to say “the fact that eight IAS graduates will compete in Rio is a testament to the value the Academy provides to young talented local athletes to achieve excellence in sport”.