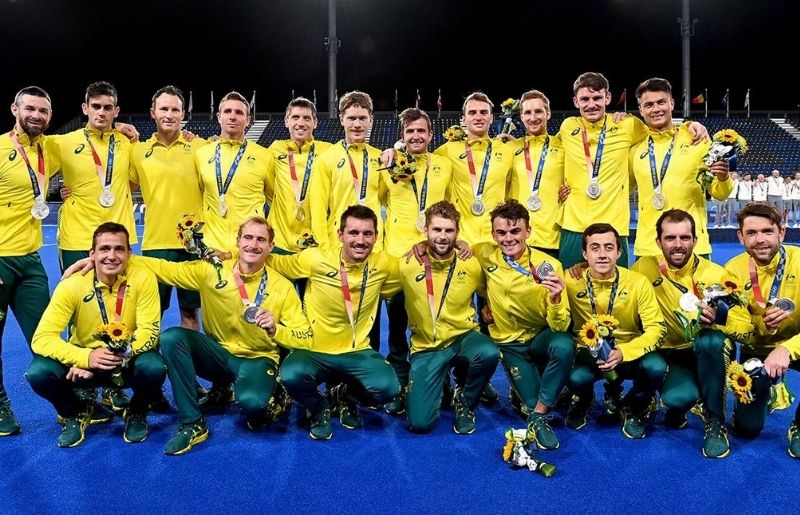 Australia won the silver medal in the Tokyo 2020 men’s hockey competition, after their dream of an Olympic gold medal was shattered in a dramatic penalty shoot-out against World Champions, Belgium. The Hockeyroos were knocked out in a heartbreaking quarterfinal.

IAS alumni, Blake Govers, Flynn Oglivie and Grace Stewart all had an impressive Olympic Games performances, finding the back of the net 10 times and setting up sensation play. Govers led the way scoring 7 goals throughout the tournament, Stewart scored twice and Ogilvie delivered one.

Leading into the finals series full of confidence, the Kookaburras played a huge quarterfinal against the Netherlands winning 2(3)-2(0) after a massive penalty shootout, with Ogilvie and Govers scoring the first two penalty goals.

Australia met Germany in the semi-final, where they had a convincing 3-1 win to book their place in the Gold Medal match. Blake Govers continued his standout form and sealed the win with a sensational goal.

The Kookaburras took on rivals and world number 2, Belgium in the Olympic final. Australia (#1) and Belgium (#2) have been battling for top rank over the past five years but have only met once in a Final at the 2019 Pro League. In a match full of suspense and emotion, Belgium emerged victorious 3-2 in the shootout after scores were locked 1-1 at full time.

As a young team, the Kookaburras will continue to build towards Paris 2024.

In the Hockeyroos, the Illawarra Academy of Sport was represented by two-time Olympian, Grace Stewart. The Australians had an impressive start to their Olympic campaign, going through the pool games undefeated.

Stewart started off finding the net in a 3-1 win over Spain, and again in the Hockeyroos biggest Olympic win in history beating China 6-0. The Hockeyroos continued their form with wins of Japan (1-0), New Zealand (1-0) and Argentina (2-0).

The Hockeyroos headed into the quarterfinals as favourites with only one goal scored against them throughout the Olympics. Despite dominating possession and goal attempts throughout the match, the Australian team suffered a heartbreaking loss 0-1 to ninth ranked India.

Congratulations to Blake and Flynn on their silver medals and Grace on the quarterfinals.