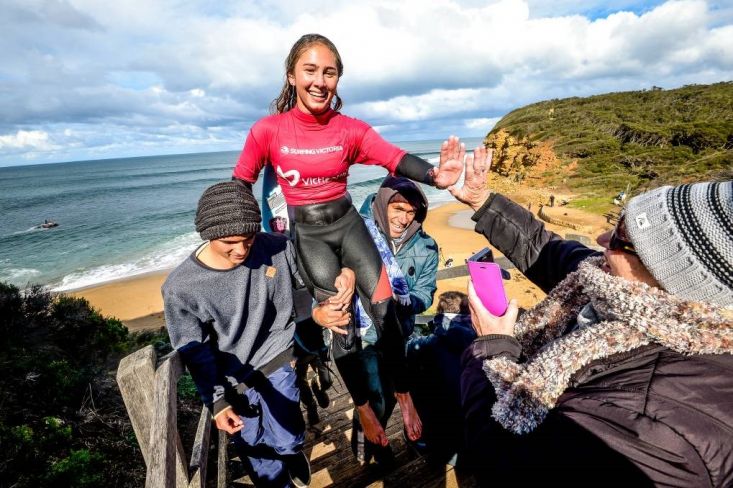 Simon nailed scores of 9.57 and 8.93 in the four person heat to claim the open women’s crown, having also won the junior girls event.

“I am just overwhelmed with the win,” Simon said.

“To get my highest ever heat total here in some great waves at Bells Beach is incredible.”

In a family affair, brother Taj SImon was second in the junior boys final.

Taj won his heat to advance, before being outpointed by Finn Hill, who scored 15.93 to 12.07, with Bellambi’s Rohnin Hanry-Micale third.

The surfing titles are part of a celebration of indigenous culture, with the iconic Bells Beach situated on the traditional land of the Wada Wurrung people.

Otis Carey, from Coffs Harbour, won the open men’s title, having previously won it in 2014.