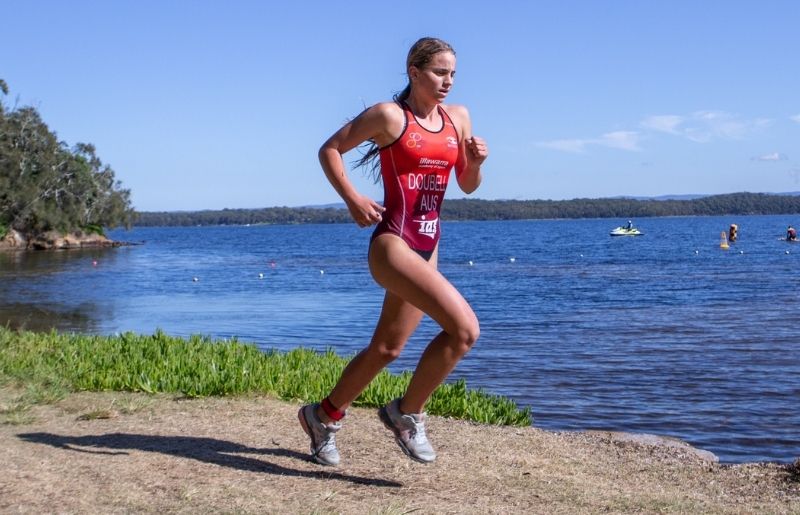 Congratulations to rising star Montana Doubell, announced as the 2021 Triathlon Athlete of the Year.

Montana Doubell is a talented all-round athlete, excelling in a variety of sports including AFL, Surf Life Saving, Cross Country and now Triathlon. She has had a rapid rise in triathlon following her first season in the sport.

Montana placed fourth overall in the NSW Billigence Youth Series, after claiming individual bronze medals at the Canberra and Macquarie Fields events and a team bronze in Orange. She also won the Wollongong super sprint event.

Montana placed third at the National Championships in the youth division. The event took place on the Central Coast during the Your Local Club Academy Games weekend, with Montana also winning Academy Games gold in the youth female race.

She has impressed teammates, competitors and coaches with her extreme dedication, humble personality, and fierce competitiveness.

“First year in the sport and she has taken it all in,” Head Coach, Ben Bell said. “She has gone from a complete rookie to 3rd in Australia in 12 months. You can’t do that with talent alone.”

The runner-up for the triathlete of the year was Mitchell Blackbourn. Mitchell won the junior division at the Your Local Club Academy Games. He placed top three in all of the Elite Energy Triathlons this season and finished top ten in the Billigence State Series junior division.

We look forward to watching Montana, Mitchell and the 2021 triathlon squad as they continue to progress in their journey. Congratulations!