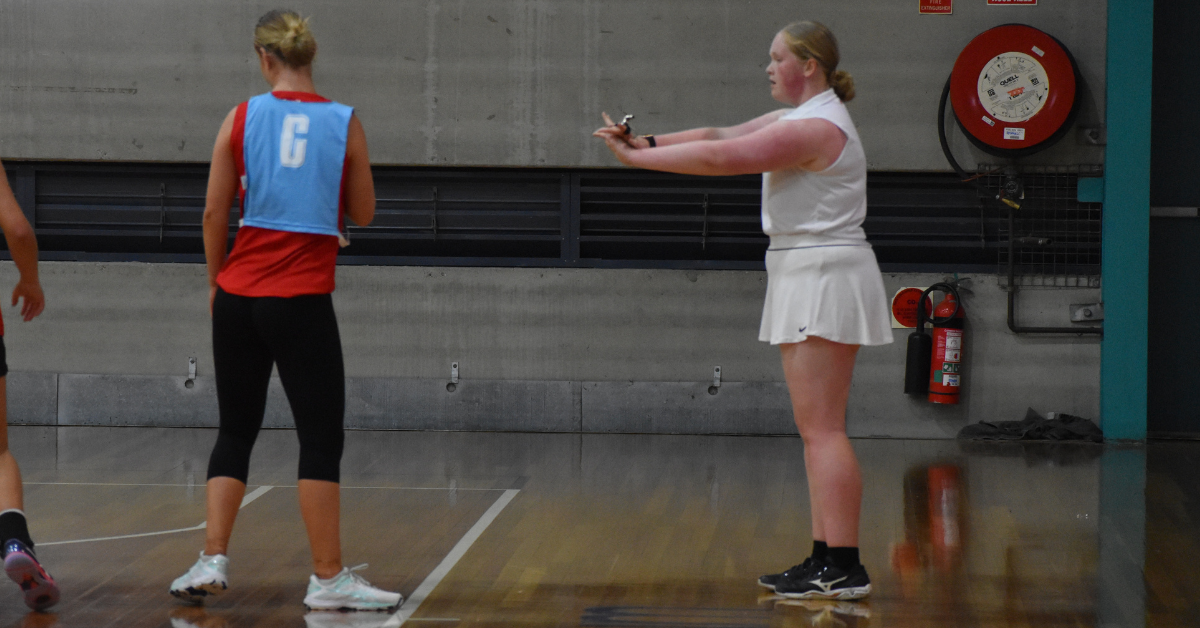 Congratulations to Poppy Calder, the 2021/22 Netball Umpire of the Year!

Poppy was the 2022 IAS Umpires Captain, constantly setting an example with the squad and using her experience to assist other members.

“Poppy has been a proud and consistent athlete with all her peers in demonstrating leadership at all times, including at the Your Local Club Academy Games,” said Jodie Correia, Umpire Head Coach.

Poppy eagerly takes on all umpiring opportunities presented to her, through training, representative carnivals and club games. She was selected to umpire at the Netball NSW Junior State Titles, where she did a majority of the 14/U Division 1 Games.

Aside from umpiring, Poppy also coaches junior netballers and helps out in developing fellow umpires.

Congratulations Poppy, we look forward to watching you continue to progress in the umpiring pathway.