Paralympians ready to shine to Tokyo 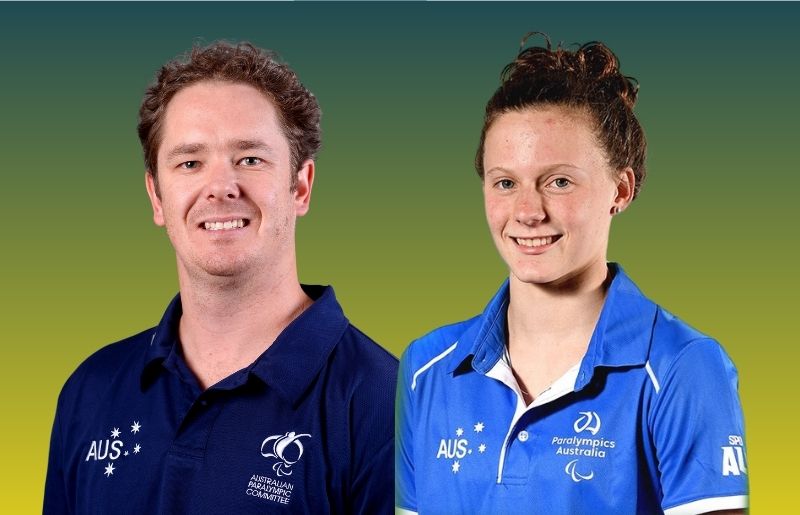 The Illawarra Academy of Sport will be represented at the Tokyo Paralympic Games by the master and the apprentice, as Brett Stibners competes in his fourth Games and 16-year-old Jasmine Greenwood makes her Paralympic debut.

Stibners is a long standing member of the Australian wheelchair basketball team, the Rollers, and knows what it takes to win Olympic medals after winning gold at the Beijing Games in 2008, and silver in London in 2012, before finishing sixth in the 2016 Games at Rio.

Leading into Tokyo Stibners has been training at the University of Wollongong, and doing his strength and conditioning with the Illawarra Academy of Sport through our partnership with the NSW Institute of Sport as local S&C provider.

The Rollers haven’t been able to train as a team since a selection camp in early July but Stibners remains confident it won’t disrupt the team’s success.

“We’re ranked third in the world and we’re trying to catch up with the two teams above us. But if a few things go our way, I think we can do really well in Tokyo,” Stibners told the Illawarra Mercury.

The Rollers commence their Tokyo Paralympics campaign on Thursday 26 August 2021 at 3:45pm AEST against Iran.

Fellow IAS alumni and 2017 Brett Stibners Award winner for IAS Athletes with a Disability (AWD) Athlete of the Year, Jasmine Greenwood is looking to make her mark at the Paralympic Games. Greenwood comes into the Games in strong form after breaking the Australian record for the 200m Individual Medley (IM) at the recent Australian Swimming trials.

Despite only being 16-years-old, Greenwood has made her mark in the open age competition. Her resume boasts winning gold in the Women’s 100m Breaststroke (SB9) at the Canadian Open at 12-years-old, a bronze medal in the women’s 100m butterfly S10 at the 2019 World Para-swimming Championships, and representing Australia at the 2018 Commonwealth Games on the Gold Coast.

Greenwood will be competing in four events in Tokyo, the 100m Butterfly, 100m backstroke, 100m freestyle and the 200m IM.

We caught up with Jasmine upon her arrival to Tokyo.

IAS: After waiting an extra year due to COVID, how does it feel to finally be selected to represent Australia at the Paralympics?

Jas: The extra year added onto the wait for Tokyo has been hard, as it meant yet another year of commitment and hard training. I also knew I’d be in senior high school at that point, which has made it harder. But in the long run, I’m a year older, wiser, smarter, and stronger so I think the extra year has been very beneficial in my development as an athlete. I’m now feeling faster and fitter than ever before. It feels like a huge relief to have finally been selected since it’s been my lifelong goal.

IAS: What has your preparation for Tokyo been like?

Jas: Before arriving in Tokyo we had been at Cairns in camp. My prep for the last two months has looked really positive. I’ve been away from home due to Covid which is hard but my swimming is looking really good and I’m in a really good space.

IAS: How are you feeling heading into the Paralympic Games?

Jas: I’m feeling so many things heading into my first games: nerves, excitement, confidence, and obviously a bit of pressure just on myself to swim my best but these are all normal things to feel so overall I’m feeling great.

IAS: What are you most looking forward to about competing in Tokyo?

Jas: I am most looking forward to being able to race against the best in the world. After two years since my last international comp I’m looking forward to seeing where I stand and to put myself out there as a fierce competitor in the pool. I’ve trained so hard for this and I’m so grateful and blessed to have been given this opportunity. I’m so proud to finally be a Paralympian regardless of my results at Tokyo. I’m so thankful to everybody at home particularly my coach, Bob McEvoy, who has stuck with me throughout this 5-year journey to Tokyo. Much of my success is owed to him and he is a legend to me. And of course, that gratitude goes out to every single person who has got me here especially my family.