Tim Competes at the Australian Open 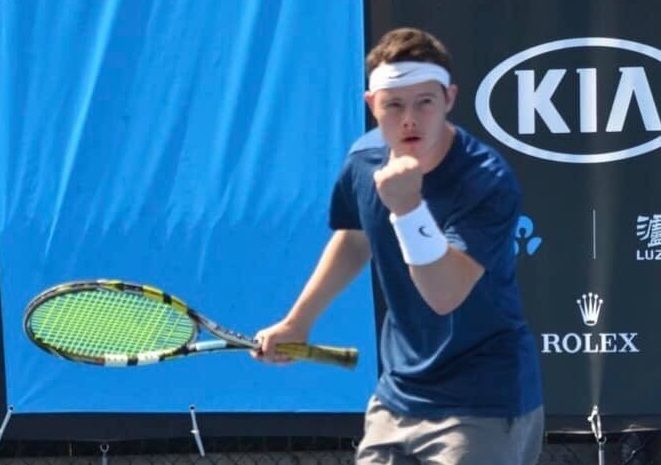 It’s the dream of many people to compete at one of Australia’s biggest sporting events – the Australian Open. For our star, Tim Walsh this dream became reality.

Tim competed in Melbourne at the Australian Open for the Sport Inclusion Australia 2019 Tennis Championships (New Category II2). Tennis recently began offering more opportunities for players with Down Syndrome with the two-day Australian Tennis Championship the first competition for Category II2 for Down Syndrome.  Despite the heat, the event was a huge success. The atmosphere was very exciting for all the Sports Inclusion Athletes, as the matches were run by Australia Open to the same professional standards.  All the athletes, coaches and officials were included in many functions over the course of the competition, including a Welcome Function, Presentation and Closing Ceremony. Tim loved having access to the Melbourne Park, and participating in festivities, but mostly being recognised as a player.

Tim competed against many other players from around Australia and achieved some fantastic results during the rounds to make it through as a Finalist! The Final saw extreme heat and wind conditions, although that didn’t stop Tim. He played a top game and received a trophy, which he loves! Throughout the competition Tim was supported at the event by his very proud family, including his Mum, 3 sisters, 2 nieces and a nephew. What a fantastic opportunity and achievement for Tim!