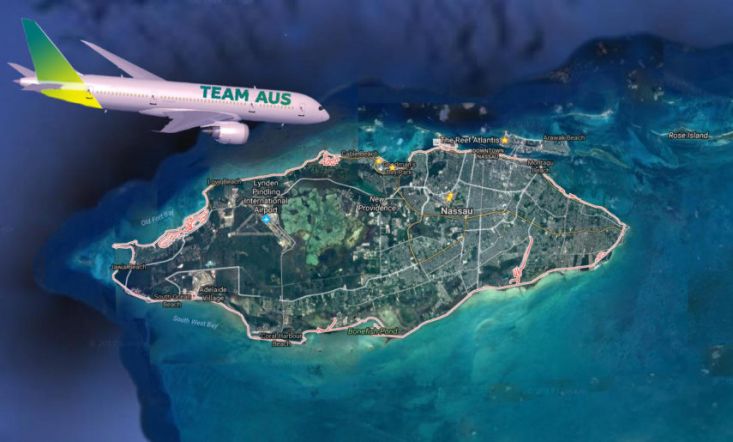 Two IAS Athletes have been selected in the Seventy-five of Australia’s most talented athletes by Commonwealth Games Australia for the upcoming Commonwealth Youth Games to be staged in the Bahamas in July.

Athletes aged 14-18 years, spread over seven sports: Athletics, Beach Volleyball, Boxing, Cycling (road), Judo, Rugby 7s and Swimming will be given the opportunity to experience, for many, their first multi-sport competition.

The Illawarra Academy of Sport will be represented in Cycling by Mitchell Wright and in Rugby 7’s by Abby Holmes. In addition to Wright and Holmes’s selection the Illawarra Academy of Sport will also be represented in the coaching ranks with IAS Cycling Coach Mick Marshall set to lead the Cycling athletes as the Cycling Head Coach.

The five-day international sporting event will run from 19 – 23 July and offers the opportunity for all 70 Commonwealth Nations and Territories to harvest the next generation of star athletes.

The team will be directed by decorated former Australian swimmer and Team General Manager, Matthew Cowdrey, who led the team in Samoa 2015.

“It is with great excitement that CGA today names our team of young athletes who will represent Australia at the Youth Games in the Bahamas later this year,” Cowdrey said.

“We have continued to track the development of athletes who competed in Samoa two years ago, with a number likely to line up for Australia on the Gold Coast next year,

“The quick development of these athletes is so pleasing for us, and demonstrates how powerful a Youth Commonwealth Games experience can be.”

Cowdrey will be joined by a team filled with Games experience, like that of nine-time Commonwealth Games gold medallist, Petria Thomas and former Beach Volleyball Olympian, Kerri Pottharst.

Commonwealth Games Australia CEO, Craig Phillips is certain the Youth Games will be a positive experience for all involved.

“CGA is pleased to be able you give each of these talented young Australians the opportunity to take this important step along the pathway of their athletic careers,” he said.

“We are confident they will compete with great distinction and will make their families, their sports and Australia very proud.”

The Australian Youth Team will begin preparation during a two-day training camp at Runaway Bay’s Sports Super Centre, prior to departure for Bahamas.