Sarah Cliff is Champion of Champions 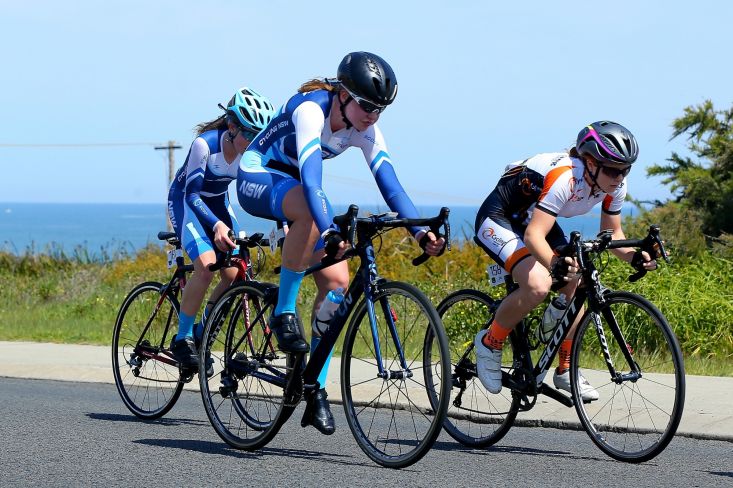 “In the lead up to nationals I was feeling pretty confident and my fitness was on the right track. I had done the hard stuff and was ready to put it all to the test.

After the event Sarah wrote up this account of her tilt at the national titlesfor the IAS website.

“First event was the time trial and I was seaded 5th fastest. I had done a solid warmup and went into the start of the time trial feeling nervous. The course ran parellel to the beach and there was a slight wind. The ride started off with a small, sharp ascent which got the heartrate high up early on. At the halfway turnaround I caught a glimpse of the rider ahead which spurred me on to finish with a third place.

On day two we gathered in Dardanup for the 39km road race. The atmosphere was exciting but all the riders were vigilant, trying to stay near the front of the race. The climb tested the girls in the bunch but only a few dropped. Coming into the finish the bunch was together, spread across the road and racing for a podium finish. The seconds before the line were a blur however I managed to execute a strong sprint to come home with a silver medal.

The final day was a criterium at Backbeach, Brunbury. The loop consisted of sharp, daring corners, sweeping bends and uphill climbs, all in a short 1.5km circuit. From the word go the girls were off at lightning speed with attacks almost every lap, positioning was everything. I managed to avoid a crash right on the last corner, which shifted the dynamic of the lead girls and it was a matter of how tired the legs were. Pushing through the pain I finished off nationals with a bronze medal.

With three podium finishes in the three races I gained the most amount of points out of all the U15W riders and was crowned the Cycling Australia Champion of Champions title.”

After such stunning success, even at this early stage of her cycling career, Sarah quite justifiably has her sights on competing at open national level.