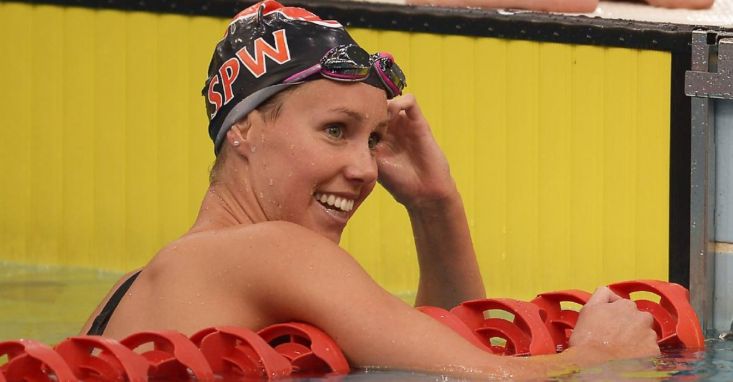 IAS Graduate EMMA McKeon has warned the best is yet to come after breaking the Commonwealth record at the NSW titles. The Wollongong swimmer, hoping to make her Olympics debut in Rio de Janeiro, later this year, stopped the clock in 1:55.53 in the 200m freestyle on Sunday night. It was 0.01 seconds faster than the existing Commonwealth record and also broke her own Australian mark. “I was pretty happy. I was expecting to do a fast time because of the times I have been doing in training,” McKeon said, a four-time Commonwealth Games gold medallist from Glasgow. “But when I touched the wall it didn’t really feel like anything great which I think is a good thing.” Brother David McKeon won the 400m freestyle final in a time of 3:46.48, more than three seconds ahead of 19-year-old Mack Horton. Emma was second in the 50-metre butterfly behind Denmark’s Jeanette Ottesen and also runner-up i the 100m freestyle. However, adding to her 200m freestyle success, Emma took out the 100m butterfly, turning the tables on Ottesen in a time of 57.24, as well as the 200m butterfly final. See your ad here She was also third in the 50m freestyle, behind Bronte Campbell and Ottesen. David was sixth in the 200m freestyle final, more than two seconds behind winner Cameron McEvoy. The Australian Championships, which double as qualifiers for the Rio Olympics, are held in Adelaide, starting on April 7. First Published in