Parker Matches it with the Elite 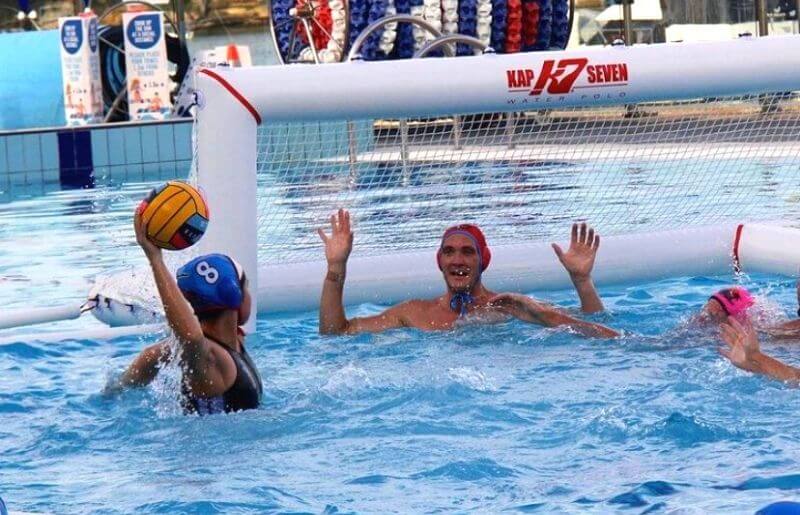 BluescopeWIN Lonestar, Mia Parker, was one of four lucky juniors selected to participate in the inaugural event. After a selection process of submitting an entry video and their water polo resume, Mia was the junior athlete selected in the Great White Sharks team which boasted dual Olympian, Aidan Roach and Australian representative, Tilly Kearns.

“I was placed on a team with Tilly Kearns who is one of my favourite water polo players,” Mia Parker reflected. “She was super lovely and encouraged me so much. It was crazy having to mark the Olympic players as they are so big and talented.”

The exhibition event had four mixed teams playing in the beach polo fours format which has only 4 players, including the goalie on at one time, and allows for flying subs.

Parker and the Great White Sharks missed out on the grand final by just one penalty goal.

A highlight of the event for Mia was scoring two goals and stopping an Australian men’s player from scoring. The game was a huge learning experience for 14-year-old Mia playing with Australian players and making her mark on the open age water polo stage.

“The (Australian players) included me on the team like one of them rather than a junior player,” Parker said.

Mia will now continue to train hard in preparation for the National Water Polo Championships in April and as part of the NSW Academy.