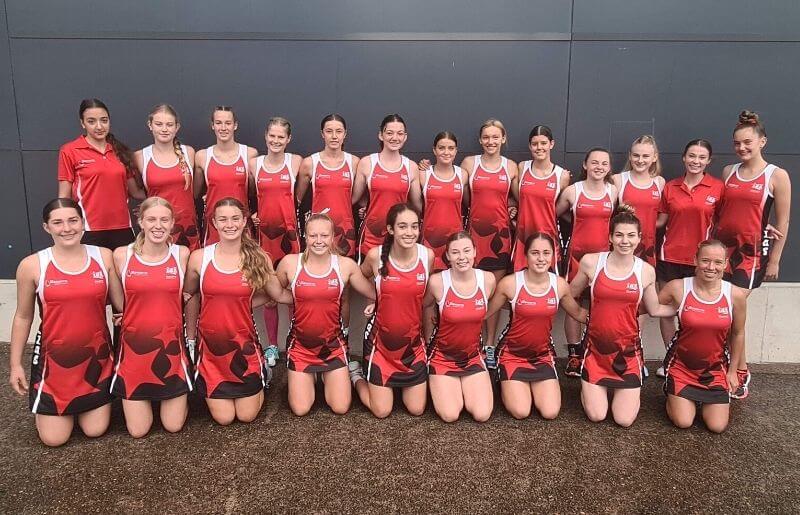 The 2021 theme was Empower & Inspire. Athletes and umpire athletes were inspired by their netball role models Tayla Fraser and Sam Wallace from the NSW Swifts and GIANTS netballer Maddie Hay who shared their netball experiences, truly capturing their love for our game.

Coaches were inspired by former NSW Swifts Assistant Coach Anita Keelan, who generously shared her extensive knowledge and challenged coaches to take responsibility to be better people so they can empower the athletes around them.

The Academy Camp had a holistic focus. There were opportunities for umpires, coaches and managers to be empowered on and off the court. Umpire coaches and coaches were mentored and encouraged to be purposeful in setting goals.

On Saturday, netballers and umpires worked on their individual skill set with many of Netball NSW’s most experienced coaches, took part in a skipping program, and individual ball skills session with athletes from the SSN Academies.

Sunday was a day of match play where athletes and umpires were able to put their learning from Saturday into practice.

The IAS athletes appreciated finally being able to get out on court as a team after COVID cancelling Academy Games and Academy Challenge in 2020.

One athlete said, “We enjoyed being able to see where we were at as a squad before heading to the 2021 Academy Games.”

The Academy Camp was an amazing weekend with all coaches, athletes and umpires able to grasp at every opportunity to challenge themselves on and off the court. Bring on Academy Games!