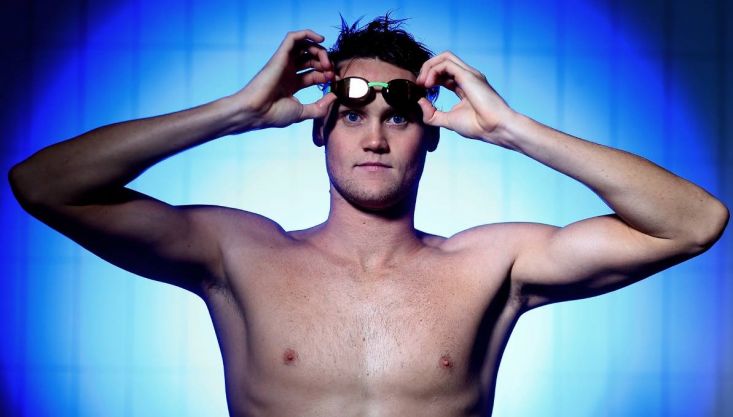 Illawarra Academy of Sport Graduate David McKeon will add the 200m freestyle to his Olympic Games schedule, after Cam McEvoy withdrew to ease the demands on his Rio de Janeiro campaign. McKeon had already secured his place in Australia’s team for the 400m freestyle and 4×200 relay team. The 23-year-old was quick to take up coach Jacco Verhaeren’s offer to pick up a third event. McKeon was third at the national titles behind McEvoy and Thomas Fraser-Holmes. McEvoy would have raced on six of seven nights during the swimming schedule at Rio if he retained the 200m event, as well as the 50m and 100m freestyle races, 4x100m, 4x200mm freestyle and 4x100m medley relays. “It’s been a decision that I have spent a lot of time thinking about,” McEvoy said. “It wasn’t an easy decision to make, especially seeing I have been doing the 200m freestyle internationally for so long and it has been one of my favourite and main events for my entire swimming career. “But we have had to take a step back and look at the bigger picture of the entire week and remember that I am only human and that I do have my limitations. If the program was more like the world championship years, then I am sure I would not be pulling out of the 200m free. “Unfortunately it’s not and it is on the same day as the 4x100m freestyle relay and the 4x200m is the same day as the 100m freestyle.” McKeon qualified for the London Olympics in 2012, where he missed the 400m final and swam the heats of Australia’s 4x200m relay. Now training in Brisbane under coach Vince Raleigh, McKeon finished second in the 400m behind Mack Horton at the national titles in April. On fastest times in the past 12 months, McKeon is ranked 10th, but is just two tenths of a second outside qualifying for the final. Horton is the gold medal favourite, almost two seconds clear of his nearest rivals, China’s Yang Sun and Connor Jaeger from the US. McKeon is ranked 16th in the 200m freestyle, however, he is expected to have Australia in contention in the relay event in Rio. Fraser-Holmes is firmly in medal contention. David’s sister and fellow Illawarra Academy of Sports Graduate Emma is chasing medals in the 100m butterfly, after recording a personal best time of 56.89 earlier this year, and the 100m freestyle, where she is ranked fourth (52.80). The 20-year-old is Australia’s leading hope for gold in the 200m freestyle and will lead their charge in the 4x100m relay with the Campbell sisters Cate and Bronte. After missing out on London, Emma won four gold at the Glasgow Commonwealth Games in 2014. First Published in