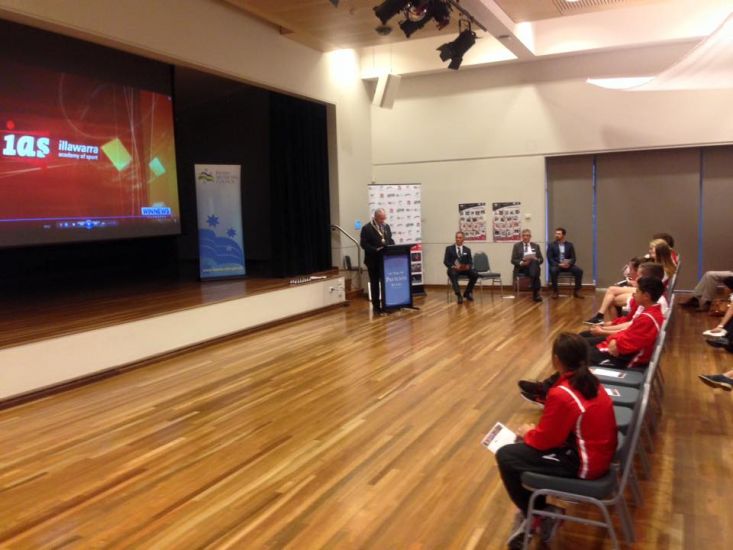 Golfer Mathew Luke spoke on behalf of all athletes and explained how the Academy assists athletes and impartially the training he has received through the Academy’s Sports Leadership Program.

With past and present dignitaries in attendance and a number who were unable to attend, Cr Petschler read a number of testimonies from past IAS Graduates and dignitaries including, Sally Fitzgibbons, Shawn Timmins, Zoe Lynam and Parliamentary Secretary for the Illawarra, Member for Kiama Gareth Ward.

Gareth Ward conveyed “The Illawarra Academy of Sport since its inception in 1985, has been the pioneer for the regional Academy model in Australian sport, and a great success story for the Illawarra”.

Sally Fitzgibbons wrote “I can remember how excited I was to be accepted into the academy. It not only gave me a sense of belonging but it made me feel I was on a path to success.”

The Academy has a close relationship with all five Illawarra Councils, Wollongong, Shellharbour, Kiama, Shoalhaven and Wingecarribee, and the receptions are a strong demonstration of the links between the IAS and local government in the region.