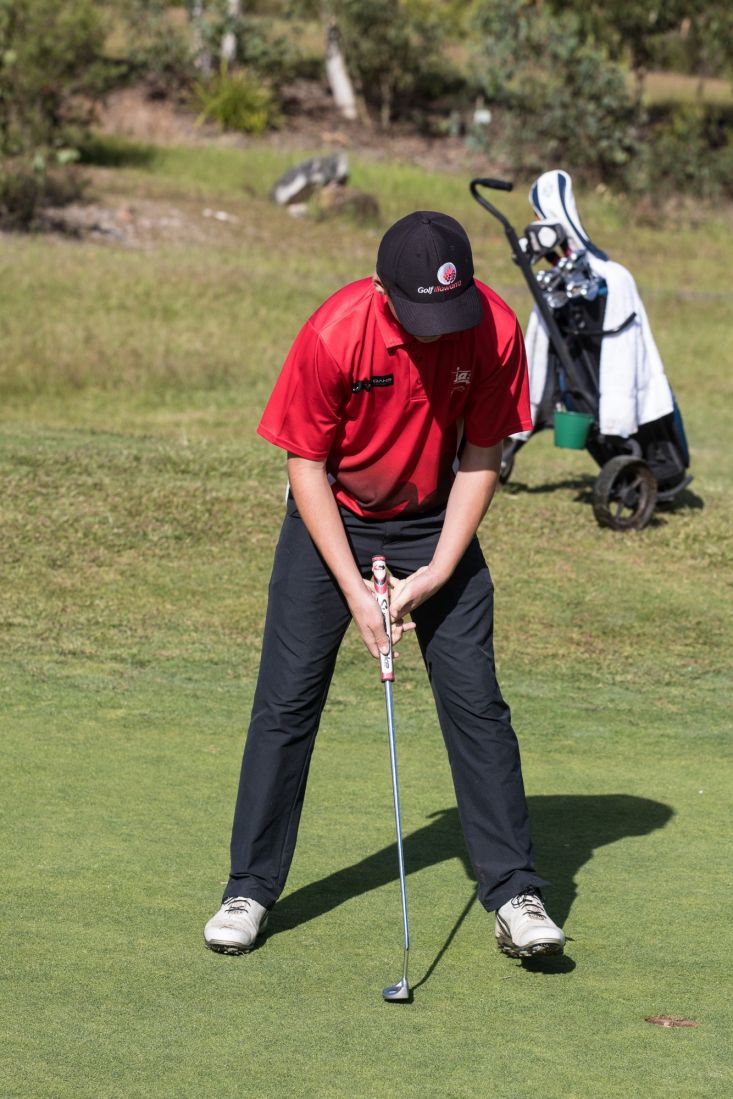 The 2017 Illawarra Junior Masters was played on the 23rd and 24th of April 2017 at The Links Shell Cove Golf Club.

The newly renovated course was a great test of patience as some of the holes are very difficult and required accurate tee shots. The approach shots are also very important, the undulating greens will punish a poor approach shot if they are slightly offline.

Some of the best players from across the state converge to contest this event, all looking to book their place in the Bonville Champions Trophy to be held at Bonville Country Club at the end of the year by winning their age group.

The IAS was very well represented at this event and some very good results were returned by a lot of our scholarship holders.

Luke Taylor led the way in the 16’s age division shoting an impressive -3 in his first round to find himself just one-shot back from first round leader Harrison Crow.  Taylor played some very steady golf during the second round to return a score of 3 over par and finish on even par for the event. This score was good enough to win his age group and finish in 3rd place overall.  Taylor was pleased with his efforts and even more excited about qualifying for Bonville at the end of the year.

Fellow IAS Athlete Jye Halls also got out of the blocks very quickly on day one, hitting -2 after 8 holes and playing some fantastic golf. Halls ended up signing for a +4 score and trailed his age group leader by only one shot. The pressure off Hall as he had already qualified for the Bonville event after winning his age group in the Ballina Junior Masters event two weeks prior,  Hall was determined to make it back to back wins in the under 13’s division. Hall didn’t have his best round during round two but he played well enough to take 2nd place in his age group making it 1st and 2nd in consecutive Junior Masters events.

There were some other excellent rounds from our IAS golfers and these rounds can be seen below:

13 Yrs  and under division

14 Yrs and under division

16 yrs and over division

Girls 13 yrs and under division

Girls 16 yrs and over division

A big congratulation to Luke and Jye who have now both qualified for the biggest event on the junior calendar in NSW.  I am sure all of the other participants learnt a lot. Also a special mention must go to IAS Dev. Squad Member Jake Jenkins who finished 3rd in the Nett division in the under 13’s and has been showing some great improvement in each event he competes at.  If you would like to look at all of the results from this event please log onto: https://jnjg.bluegolf.com/bluegolf/jnjg17/event/jnjg177/contest/17/leaderboard.htm