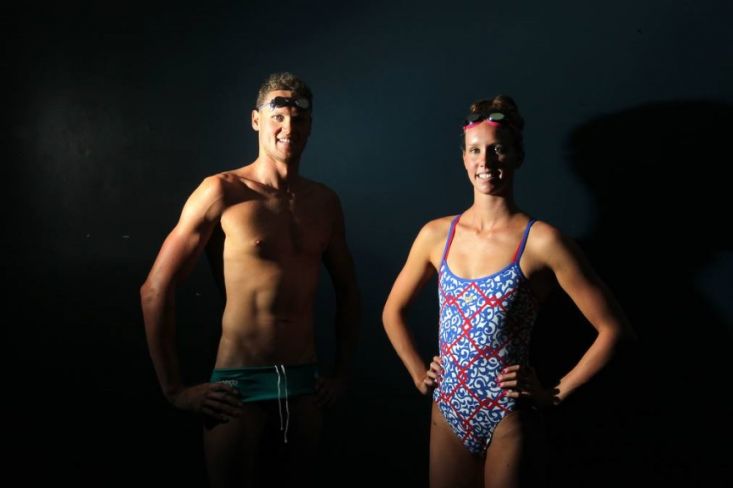 The road to Rio is well and truly laid out for IAS Graduate siblings swimming sensations David and Emma McKeon. The brother and sister duo are deep in preparation for the 2016 Olympic Games in Brazil, despite the fact they won’t be able to qualify for another 12 months. The pair are currently back home in Wollongong for a week visiting family following a successful trip to the NSW Championships. Emma, 20, was particularly dominant at the championships and picked up five gold medals. She won the 50 metres, 200m and 100m freestyle, as well as the 50m and 100m butterfly events. Older brother David finished second in his 400m freestyle and third in the 200m freestyle. He is rapt with his form in the pool and is counting down the days to Rio. “I was really happy, and to be swimming that fast at this stage of the season, after some pretty hard work, I’m happy with how I’m going,” David said. “I did clock good times. See your ad here “I think my 400 [time] would be number two in the world this year, and my 200 maybe third in the world. “I think there’s about 520 days to Rio, it’s getting closer every day so we’re working harder and harder.” Both David and Emma will head to the World Championships’ qualifiers next month with the aim of making it through to the event in Russia in late July. From there it will be full-steam ahead to the Games in 2016. It’s a hectic 12-month schedule for professional swimmers and David says it’s always a relief being able to get home and spend time with his parents and sisters. Both siblings train full-time in Brisbane and only make it back to Wollongong a few times a year. “You’re always going with swimming,” David said. “I didn’t have much of a Christmas break, I had Christmas Day off and kept going. “It’s always good to come home, sleep in my own bed and have a home-cooked dinner from mum.” David, 22, is aiming to qualify for his second Olympic Games after debuting in London in 2012, where he returned a fifth placing and a 14th placing from his two freestyle events. Both of the siblings earned plenty of worldwide attention at last year’s Commonwealth Games in Scotland, where they collected seven medals between them. Rising star Emma won three gold and two bronze medals to announce herself as one of Australia’s brightest young athletes. First Published in the