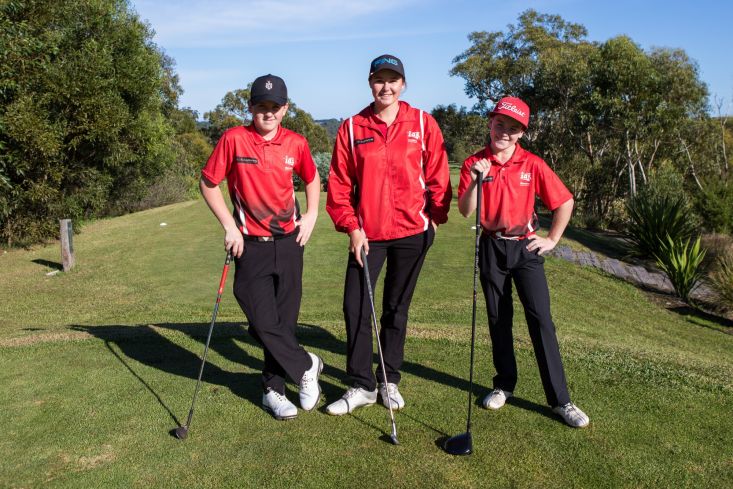 Aspiring young golfers from across regional NSW converged on the NSW Central Coast over the weekend (8th – 9th April) to participate in the Annual ClubsNSW Academy Games.

The IAS fielded a team of six talented golfers who produced some outstanding results and claimed four achievement medals.

In the teams challenge the IAS team of Luke Taylor, Kelsey Bennett, Eddie Ward and Ethan Harvey claimed the bronze medal with a point tally of 599, only 2-points of silver and 18-points of gold.

Kelsey Bennett was the most successful player in the squad that travelled away for the games. Bennett won the two-day event off scratch by an impressive 11-shots scoring rounds of 81 and 80.

The boys were not to be outdone however, with Luke Taylor claiming silver off scratch, only 2-shots behind tournament winner after shooting two impressive rounds of 78 and 72.

IAS Coaching Coordinator and JNJG Territory Manager Luke Grinham praised the vent and said “Overall this event was great for our Athletes to test their skills on two very challenging courses. It was also a very good team-building event as the Athletes do not get a chance to travel away as a team in their sport very often. This opportunity helps to build relationships and allows the players to learn in a friendly environment while having a great time”