IAS duo take out NSW Cyclists of the Year 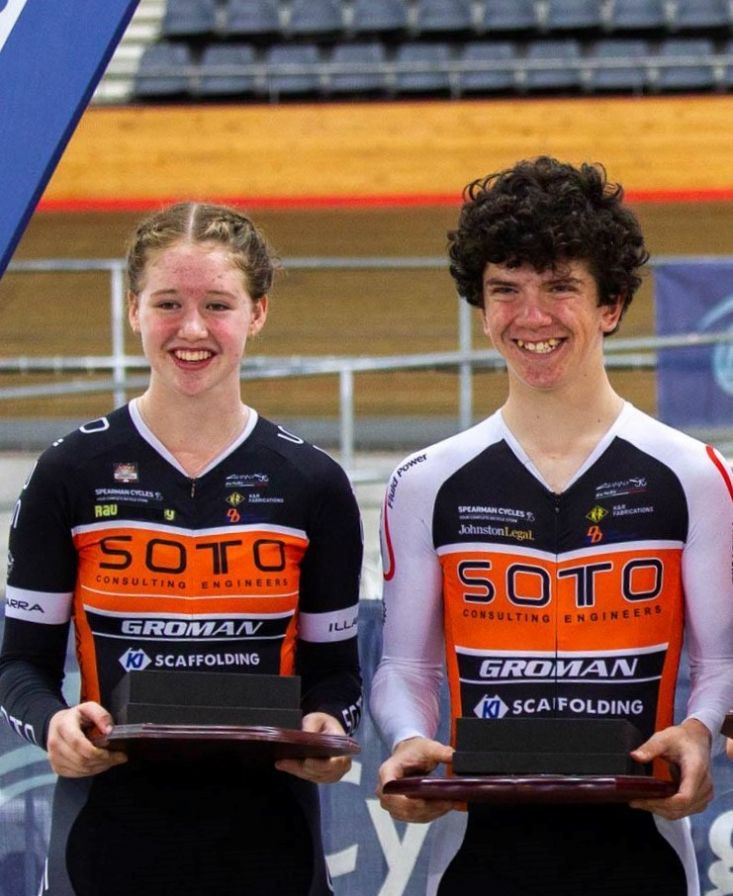 The highest accolade in NSW Cycling is the Cyclist of the Year award which is awarded to the most outstanding riders on both the track and road. Following a terrific 2018 of racing on the road and track, IAS Cycling duo Sarah Cliff and Ryan Britten were awarded with Cycling NSW Female and Male 2018 U15 Cyclists of the Year!  The award was presented by Cycling NSW CEO, Graham Seers at the Cycling NSW U15 & U17 State Track Championships. An amazing achievement and testament to Sarah and Ryan’s work ethic, commitment, consistency and excellent results.

From 8-10 March the Dunc Gray Velodrome hosted the 2019 NSW U19 & Elite State Track Championship. Tahlia Dole won the U19 Women’s Point Race after lapping the field twice, with Shari Heffernan finishing in 4th place. Tahlia also backed up and won the U19 Women’s Individual Pursuit. Fellow IAS Cyclist, Luke Britten placed 3rd in the U19 Men’s Final Sprint and 3rd in the U19 Men’s Point Race.

After these strong results Shari Heffernan, Tahlia Dole and Luke Britten were selected in the U19 (Endurance) NSW Team to compete at the 2019 Cycling Australia Track National Championships from 3-6 April 2019 in Brisbane. Our Cycling Squad assistant coach, Chloe Heffernan was also named in the Elite Women – Endurance NSW Team.