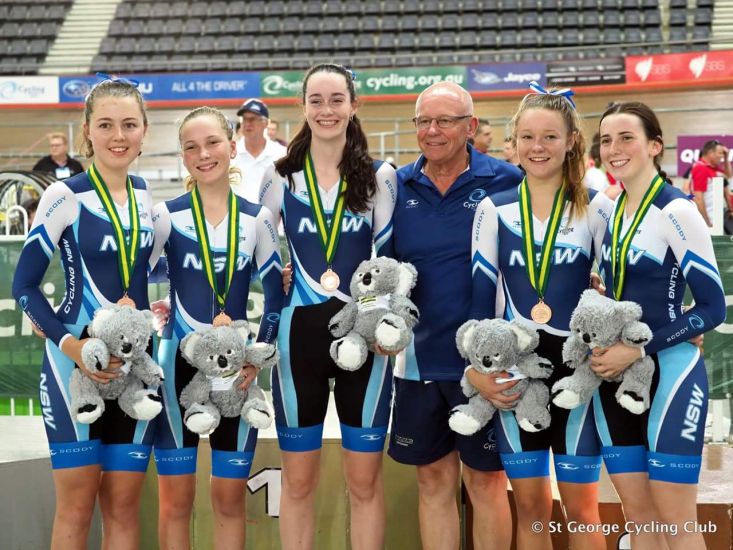 The IAS Cycling team have continued to dominate on the track after claiming further medals at the National Track Championships held last week.

In just their first year in their age division and with little experience competing at a National level Tahlia Dole, Ryan Britten, Tane Matthews-O’Brien and Shari Heffernan (2nd year), all performed well while representing NSW, with Dole, Britten and Heffernan all claiming a National Track Championship Medal.

The NSW girls 3000m Team Pursuit qualified 4th fastest before adding Dole to the team for the final where they significantly improved their time, by a massive five seconds to claim the Bronze medal by 0.8 seconds over the highly respected Victorian team. IAS coach Mick Marshall was extremely please saying “this was especially pleasing for both girls as they lost their lead off rider before the halfway mark and they buried themselves to get home”.

Britten was not to be out done, claiming the bronze in the Kierin, in a race where NSW come 1st, 2nd, and 3rd. Amongst a much bigger and faster opposition, Britten produced a great ride using his track craft to gain an advantage.

On top of their own success, the IAS Cyclists were also instrumental in helping their NSW teammates claim further victories in other races by providing lead outs or chasing breaks.