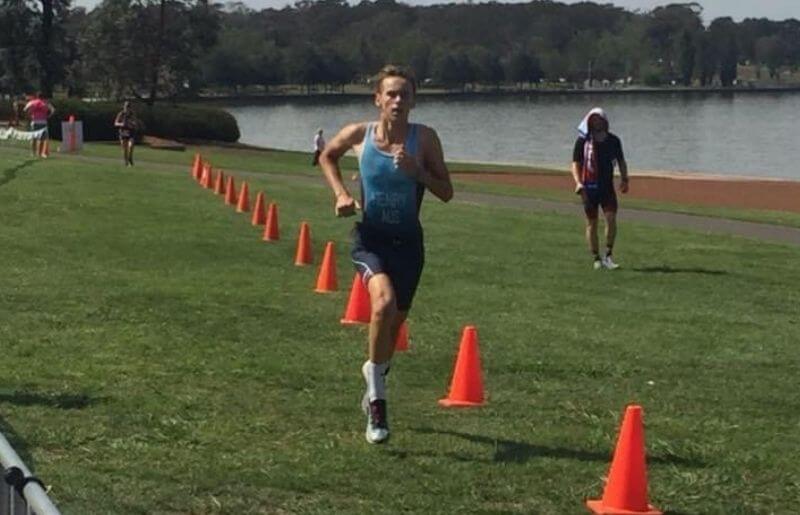 Congratulations to Brooklyn Henry, the 2019-20 Triathlon Athlete of the Year!

Brooklyn is a promising triathlete who continues to take big steps in his development and goal of competing at the elite level. Brooklyn placed 6th at the NSW All Schools Triathlon in the senior’s category, earning him a place on the NSW team to compete at the School Sports Australia Championships – which was unfortunately cancelled due to COVID.

Brooklyn came 1st at the Canberra Triathlon Festival Sprint Duathlon and was awarded Triathlete of the Year at Nowra Anglican College.

Head Coach, Ben Bell expressed, “Brooklyn’s preparation is exceptional. His consistently outstanding results over several years is testament to his professional approach to his sport. His attitude and record for fair racing is exemplary and is a great role model to the younger athletes. His professional attitude and drive will help him succeed as professional in the future.”

Brooklyn is a fine young man who has been an absolute pleasure to work with over his time at the IAS and we look forward to his budding career within triathlon. Congratulations Brooklyn.

Well done to the entire Triathlon Squad on a great year of development, skill improvement, and team building! The squad was raring to go after the COVID break, with Head Coach, Ben Bell eager to utilise the skills learnt in the Qube Ports Coach Development Program. Watch the year review below.