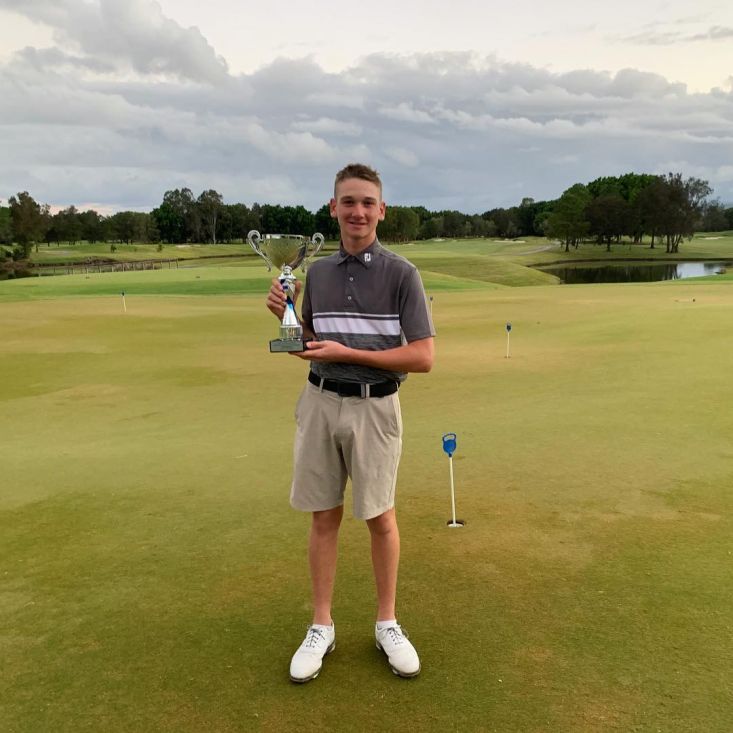 The IAS Golf Squad has been in fine form after a successful few months of tournaments including boasting the new Australian Champion, and the IAS team winning the Academy Challenge at the Peter O’Malley Junior Masters.

The IAS Golf Squad travelled to the Bathurst Golf Club on Friday 22 March to compete in the Peter O’Malley Junior Masters. The weather was not in the golfer’s favour on Friday resulting in the practice round being cancelled after only 3 holes, but this poor weather didn’t dampen the mood for the weekend of competition. With the weather cleared and a solid warm-up complete on Saturday, IAS athletes were high on confidence and ready to compete. The first round had mixed results from the squad, with noteworthy starts from Eddie Ward, Will Blomley, Bradley Wills and Ethan Harvey.

After a relaxing evening interacting with South East Sports Academy, the players were ready for the final day. Bradley Wills had an outstanding round with a score of 69 and majority of the squad improving on their round one performance. This round of 69 from Bradley was good enough to see him finish in second position in the 14/15 years age group just one stroke behind the winner. Ethan Harvey was 2 strokes behind Bradley finishing in 5th position in the same age group after two solid rounds.

Bradley Wills continued his exceptional form into the Australian Junior Age Championships. Bradley and Ethan Harvey competed in the 54-hole Championships hosted by the Royal Pines Golf Course in Queensland from 10-12 April. After a very successful event shooting rounds of even par 72,77,74, Brad forced his way into a playoff with a Tahitian player and won the U14 Championship on the first playoff hole with a par.

After this outstanding performance Brad was announced in the Australian team to tour the US in July for a 3 tournament tour including Worldstars Junior in Las Vegas.