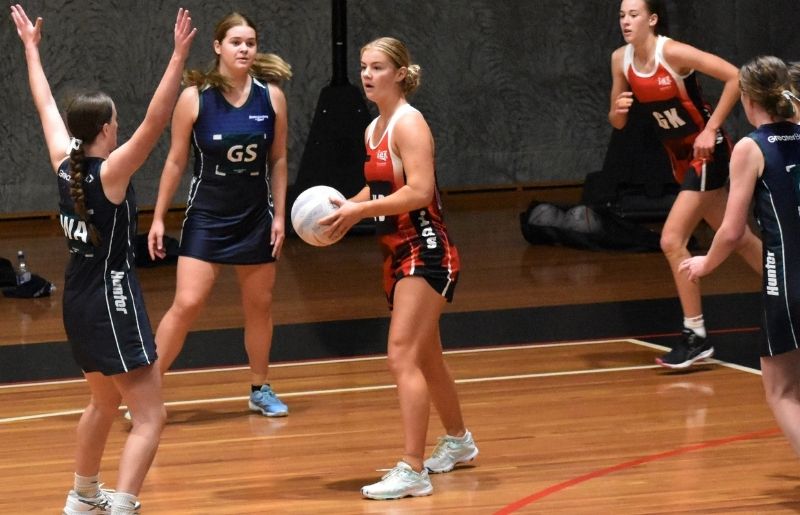 Congratulations to the 2020-21 Netball Athlete of the Year, Gabby Eaton!

Gabby Eaton has had an outstanding 12 months, progressing rapidly through the ranks.

Gabby was a standout performer at the 2021 Your Local Club Academy Games and was named as IAS Division 1 MVP.

“Gabby was selected as a 2021 squad captain and really excelled in her leadership amongst the newer and younger athletes. She was someone who led by example on and off the court,” Head Coach Ashlee Scofield said.

Despite only being 15, Gabby was a member of the South Coast Blaze Under 23s and was named as MVP in her Premier League debut. Gabby was announced as South Coast Blaze Rookie of the Year after a phenomenal first season in the elite competition. Gabby made the final phase of the 2021 NSW Under 17s team selections as a bottom age athlete.

Not only is Eaton a talented netballer, but is also a skilled AFL player and a member of the IAS AFL Girls squad.

“Being my last year in the IAS, the award was bittersweet, and it was nice to see the hard work pay off over the last few years,” Gabby Eaton said on reflection of winning the award.

The 2021 Netball Athlete of the Year runner-up was Emilia Krstevski. Emilia was a South Coast Blaze U23s Training Partner and a member of the inaugural SK Seahawks Metro League team. Emilia was selected into the South Coast Regional Cup team.

Congratulations to Gabby, Emilia and the 2021 Netball Squad on an exceptional year, filled with outstanding camaraderie and passion.