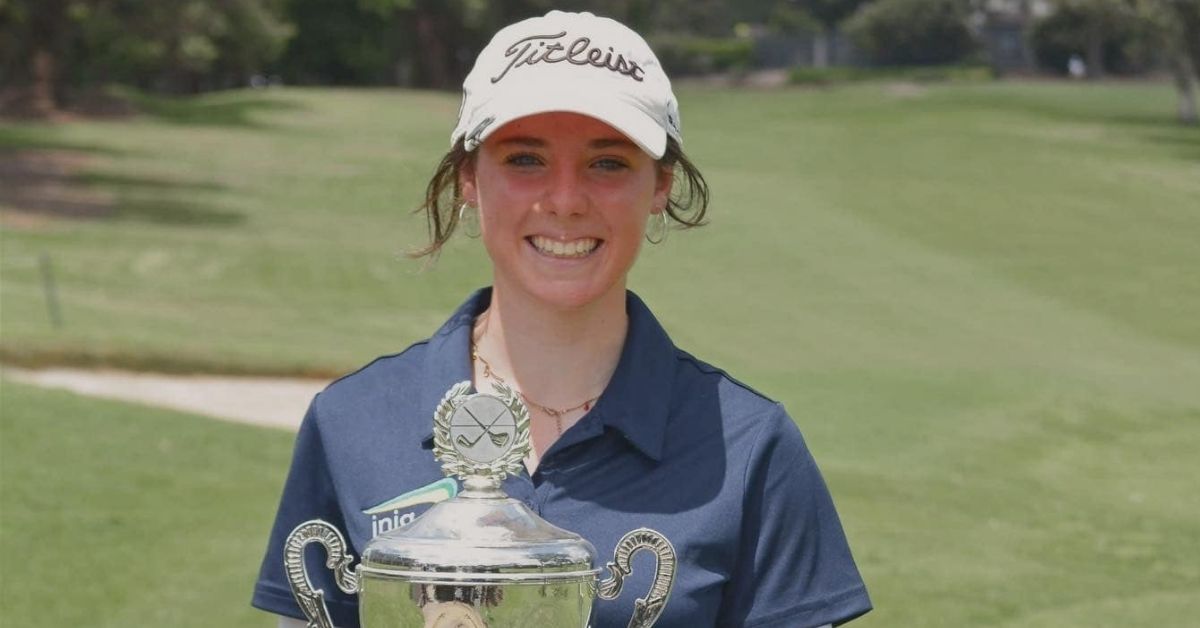 The Sydney Week of Golf is the longest junior golf tournament in Australia, with over 150 golfers contesting five different courses over five days and 90 holes.

After a gruelling week playing at Cabramatta, Liverpool, Brighton Lakes, Cumberland and Muirfield courses, the girls leaderboard was tight entering the final round with Sienna Clarke and Angela Liu even at 16 over par through 72 holes.

15-year-old Clarke saved her best round of the week for last with a bogey free two under par 70 to win the Girls Division by three shots. Clarke started with 14 straight pars, before picking up birdies on the 15th and 17th hole to seal the deal.

“The highlight was definitely the last round shooting 2 under par and bogey free,” Clarke said.

Clarke represents the St Michael’s Golf Club and has been in the IAS Golf program since 2018.

Past IAS athletes Selena Bosevski finished 5th (+31) in the Girls Division, and in the Boys Division Coopar Nianios finished in T11 (+10) overall after winning round 1 at Cabramatta and Samuel Cascio in T19 (+13) overall.

Current IAS golfers, Andrew Brown finished 16th in U17 Boys. and Noah Yates was 25th in U13 Boys.