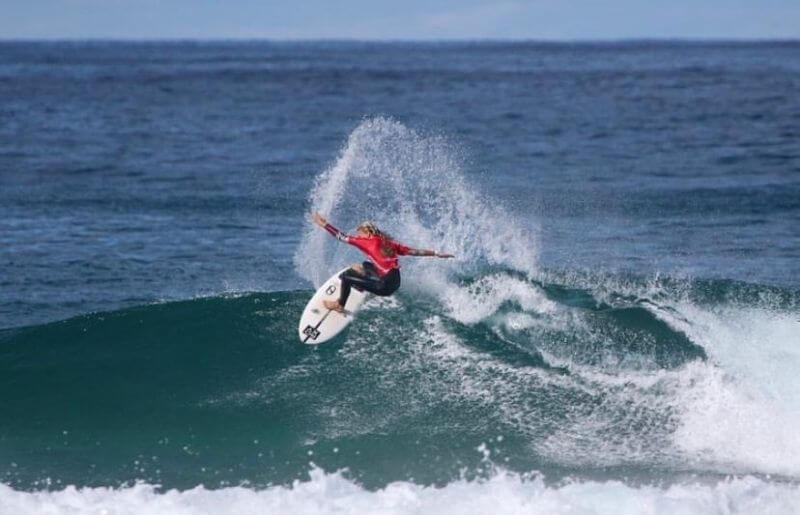 The past week has seen the state’s best surfers travel to Coffs Harbour for the Woolworths Surfing NSW Junior State Titles pres. by Ocean and Earth.

BluescopeWIN Lonestars Keira Buckpitt (Culburra) and Erin Willetts (Kiama) were both vying for the title in the Under 16 girls category.

Keira Buckpitt showed she was a serious contender for the title after winning her heats and easily making her way through the initial rounds.

With Sawtell Beach producing nice three-foot surf and good conditions, Buckpitt had an impressive start to the finals scoring 15.76 in the quarterfinal and 14.47 in the semifinal.

“I didn’t find the right wave like I did in the semis or quarters,” Buckpitt said.

Buckpitt’s strong performance placing her third in NSW was enough for her to qualify for the Australian Junior Surfing Titles, to be held later in the year in Queensland.

“I’m so happy to qualify for nationals,” Buckpitt said.  “Hopefully I can make the final again, but it’s going to be tough.”

Fellow IAS athlete, Erin Willetts finished the competition with a 3rd place in round three.