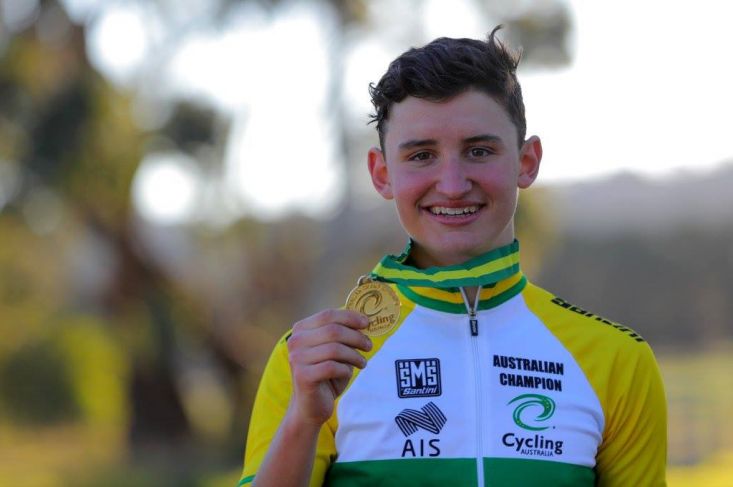 Illawarra Academy of Sport Athlete Mitchell Wright has been selected for the Cycling Australia Junior Team (Under 19) for the 2017 UCI Road World Championships in Norway.

A trio of country’s brightest prospects will form the Cycling Australia Junior Team in teenagers Mitchell Wright, (NSW), Sebastian Berwick (QLD) and Madeleine Fasnacht (TAS) will each contest the road race and time trial at the Championships that begin on September 17.

2017 has been a big year so far for Wright who grabbed two top twelve places at the Youth Games last month after winning the national road race title in June and finding the time trial podium at both the Oceania Championships in March.

Wright will be in elite company with Madeleine, A member of Team Australia in 2016 where she claimed a top ten finish in the time trial, Fasnacht’s 2017 swag of titles was punctuated by gold and bronze at the recent Commonwealth Youth Games in July.

The Tasmanian has been almost unbeatable at the top this year having also claimed road and time trial national titles, plus the Oceania road crown.

Reigning Oceania road and time trial champion Berwick is set to make his Cycling Australia national team debut, with the Brisbane cyclist also finding the podium at the Commonwealth Youth Games with bronze in the time trial.

The Cycling Australia elite men’s, elite women’s and under 23 teams will be announced in late August 2017.

The 2017 UCI Road World Championships riders are supported by the Australian Commonwealth Games Association’s Gold Coast GOLD 2018 Team Preparation program.  The program will help to ensure that all cyclists receive the best access to training and competition opportunities, equipment and world-class athlete support services in the lead up to the Games.