Netballers rise to the Challenge 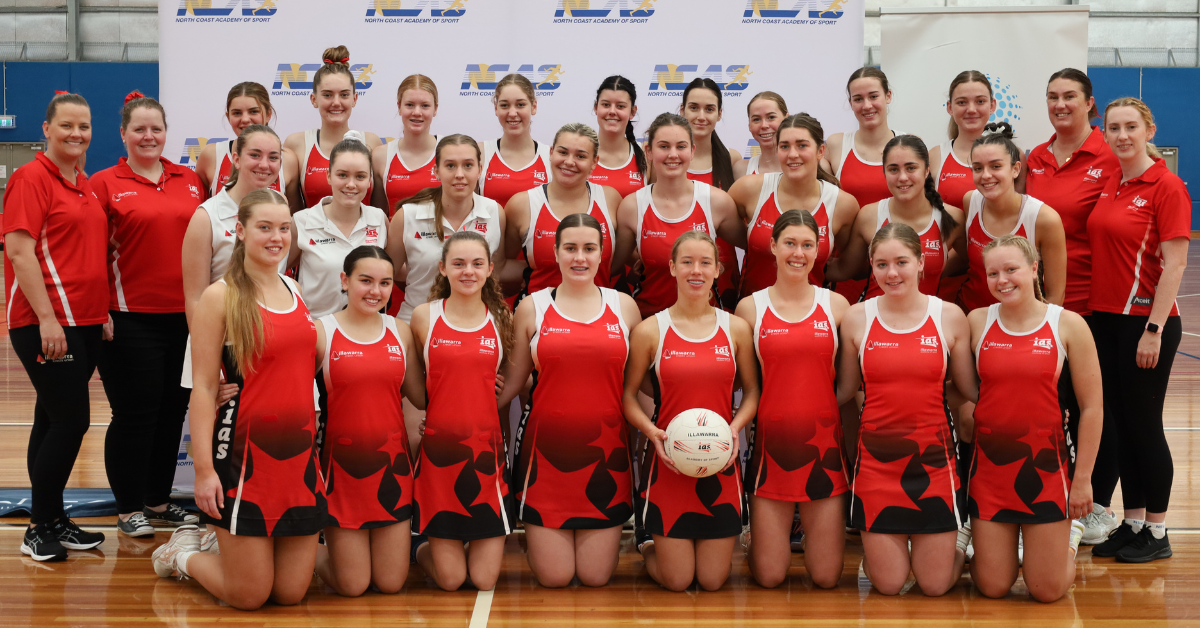 The IAS Netball and Netball Umpires squad wrapped up the 2021/22 scholarship year at the NSW Regional Academy Challenge in Port Macquarie over the weekend.

After COVID cancelled the event for the past two years, the 275 athletes, 55 coaches and managers, and 25 umpires from across the Academies were raring to go for the unique event. The competition includes talent identification, mentoring, workshops and umpire badging opportunities. The Challenge is deliberately created to strongly support athlete, umpire, coach and manager development.

To kick of the competition for day one athletes are mixed up into teams with players from the other Academies to play a variety of short games.

“Leading into trials for 2023 it is great for the athletes to be able to gain experience working with different players and coaches,” IAS Communications Manager, Emily Robinson said. “A key taking for the athletes on Challenge Day was learning to work with new teammates, hear from different coaches, and build on their communication skills.”

To conclude Challenge Day, all Academies came together on Saturday night for a fluro themed dinner at the Rydges Port Macquarie.

Sunday and Monday saw the athletes return to their respective Academy teams for the competition rounds. The IAS competed in both Division 1 and Division 2, with both teams having a handful of wins.

In addition for the athletes and umpires being provided with development opportunities, it is also a weekend for coaches to be mentored by highly regarded coaches, including NSW Giants coach Julie Fitzgerald, NSW Swifts Academy coach and former Swifts player Abbey McCulloch, and Netball Australia’s Pathway Head Coach Anita Keelan.

The umpires have access to high-level coaches from across the state. Congratulations goes to IAS Umpire, Alexandra Whitnall who was awarded her National ‘B’ Badge.

“Academy Challenge is such an important competition for regional athletes in the high-performance pathway as it provides developmental opportunities, match play and talent identification in the lead up the the NSW U17 State trials,” Robinson said.

Thank you to North Coast Academy of Sport and Netball NSW for hosting the event, and for support from venue host Port Macquarie Indoor Sports Stadium, major event contributions from Port Macquarie-Hastings Council, and hospitality from Rydges Port Macquarie.