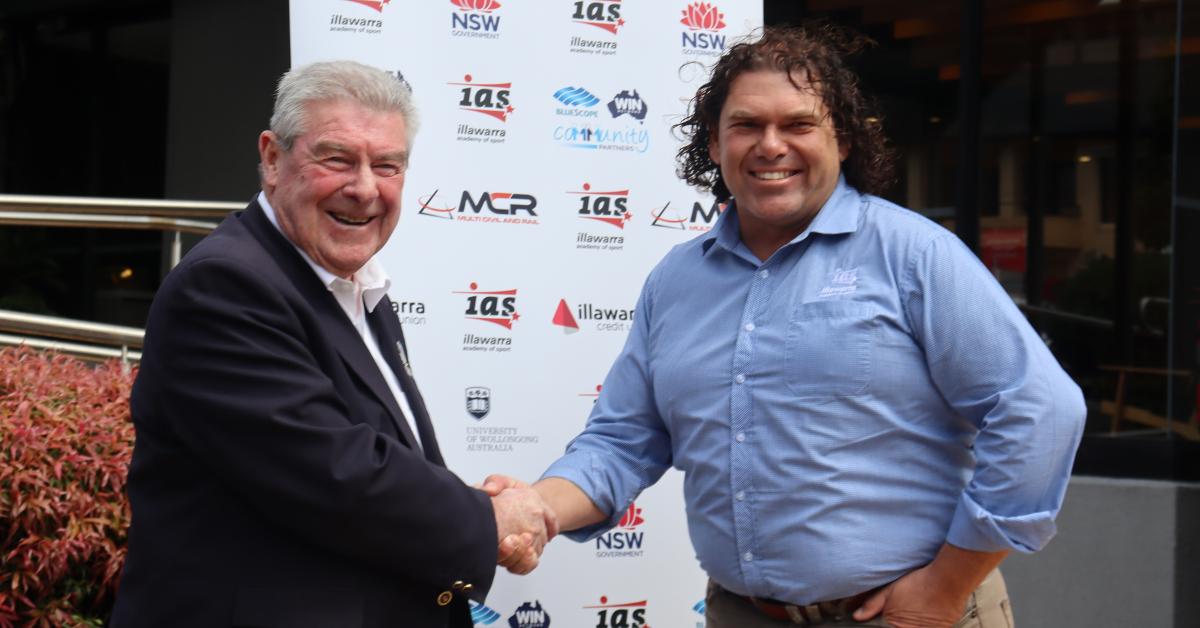 The Illawarra Academy of Sport (IAS) welcomes a new President, Paul Knight. Paul Knight will take on the role of President of the Illawarra Academy of Sport marking a new era in the history of the Academy. Mr Knight will become the first Aboriginal President of the Academy and continues to maintain the strong community leadership of an institution that has played a significant role in the sporting history of the region. Outgoing President, Councilor John Wells, although well supported, had decided to not re-nominate for the position of President following a strong five years as head of the organization. Mr Wells will however remain on the Board ensuring valuable corporate knowledge remains with the organisation.

Mr Wells has overseen the strategic direction of the IAS in the last 5 years, seeing it advance as one of the premier sporting organisations within the broader Illawarra community and certainly one that has played a significant role in the development and advancement of over 1200 athletes during his tenure.

“The level of support from the Councils in the region and the advancement of the IAS in the business community have been hallmarks to John’s leadership” said incoming President Paul Knight. “John’s understanding of local government and his remarkable connections within the region has allowed conversations to occur and remarkable support to assist the athletes of the region.”

Recognising Mr. Wells contribution as President and long term Director of the Academy spanning over 24 years, he has been honored with a life membership. John will continue to be involved and support young people and the sporting pursuits as the Community Representative for the Shoalhaven region.

“It was most humbling to receive such an award. I am absolutely obligated to the ethos and the function that the IAS plays in the advancement of our youth within the region” said John, “We certainly put programs in place to assist in advancing the athletes’ skill level, but it is the unwavering obligation that we make to assist those same people become good citizens of the community that I am most proud.”

Incoming President Paul Knight brings his own unique skills to the organisation, being the former CEO to the Illawarra Aboriginal Land Council and a past President of the Illawarra Triathlon club. “I simply hope that I can continue the great leadership provided by John Wells utilising the highly developed networks and governance experience across for profit and not-for-profit organisations. I am excited by the direction that we are taking and will do everything in my power to continue to provide the best outcomes for emerging talent across all five Council areas” said Paul.